Immigration to the United States changes a person’s microbiome 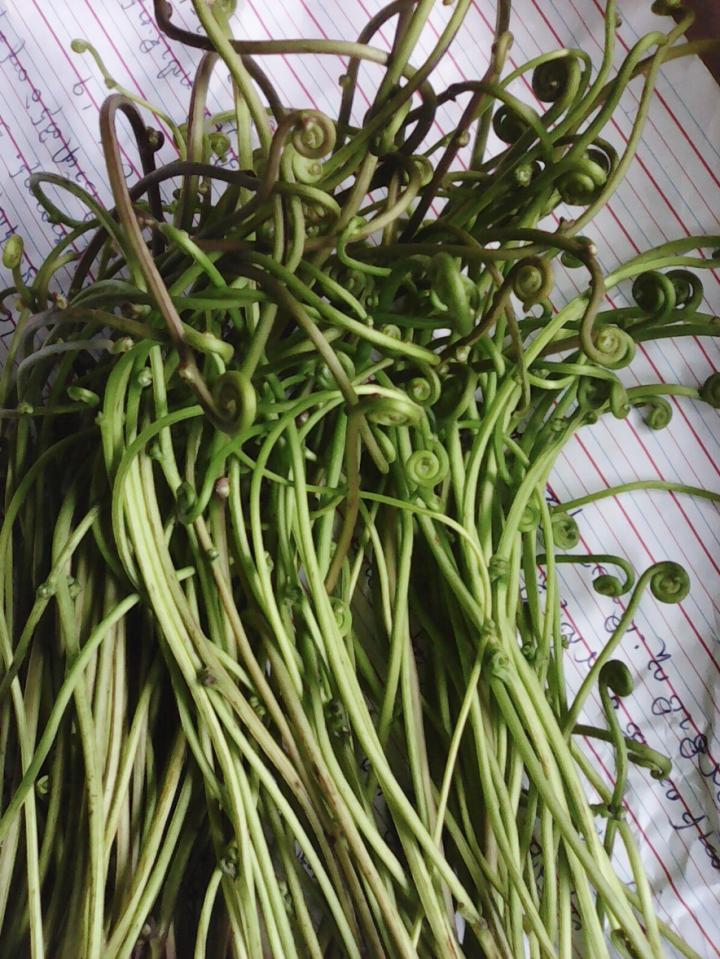 IMAGE: US immigrants may lose the ability to digest certain types of plants, such as this unidentified jungle fern gathered for food by Karen villagers in Thailand.

Researchers at the University of Minnesota and the Somali, Latino, and Hmong Partnership for Health and Wellness have new evidence that the gut microbiota of immigrants and refugees rapidly Westernize after a person’s arrival in the United States. The study of communities migrating from Southeast Asia to the U.S., published November 1 in the journal Cell, could provide insight into some of the metabolic health issues, including obesity and diabetes, affecting immigrants to the country.

“We found that immigrants begin losing their native microbes almost immediately after arriving in the U.S. and then acquire alien microbes that are more common in European-American people,” says senior author Dan Knights, a computer scientist and quantitative biologist at the University of Minnesota. “But the new microbes aren’t enough to compensate for the loss of the native microbes, so we see a big overall loss of diversity.”

It has been shown before that people in developing nations have a much greater diversity of bacteria in their gut microbiome, the population of beneficial microbes living in humans’ intestines, than people living in the U.S. “But it was striking to see this loss of diversity actually happening in people who were changing countries or migrating from a developing nation to the U.S.,” he says.

The research was conducted with assistance from–and inspired by–Minnesota’s large community of refugees and immigrants from Southeast Asia, particularly the Hmong and Karen peoples, ethnic minorities that originally were from China and Burma and that today have communities in Thailand. The study used a community-based participatory research approach: members of the Hmong and Karen communities in both Minnesota and Thailand were involved in designing the study, recruiting participants, and educating their communities about the findings.

“Obesity was a concern that was coming up a lot for the Hmong and Karen communities here. In other studies, the microbiome had been related to obesity, so we wanted to know if there was potentially a relationship in immigrants and make any findings relevant and available to the communities. These are vulnerable populations, so we definitely try to make all of our methods as sensitive to that as possible and make sure that they have a stake in the research,” says first author Pajau Vangay.

Knights, Vangay, and their team compared the gut microbiota of Hmong and Karen people still living in Thailand; Hmong and Karen people who had immigrated to the U.S.; the children of those immigrants; and Caucasian American controls. They also were able to follow a group of 19 Karen refugees as they relocated from Thailand to the U.S., which meant they could track how the refugees’ gut microbiomes changed longitudinally in their first six to nine months in the U.S.

And the researchers did find that significant changes happened that fast: in those first six to nine months, the Western strain Bacteroides began to displace the non-Western bacteria strain Prevotella. But this Westernization also continued to happen over the course of the first decade in the U.S., and overall microbiome diversity decreased the longer the immigrants had been in the U.S. The participants’ food logs suggested that eating a more Western diet played a role in perturbing the microbiome but couldn’t explain all the changes.

The changes were even more pronounced in their children. “We don’t know for sure why this is happening. It could be that this has to do with actually being born in the USA or growing up in the context of a more typical US diet. But it was clear that the loss of diversity was compounded across generations. And that’s something that has been seen in animal models before, but not in humans,” says Knights.

Although the research didn’t establish a cause-and-effect relationship between the microbiome changes in immigrants and the immigrant obesity epidemic, it did show a correlation: greater westernization of the microbiome was associated with greater obesity.

Knights believes that this research has a lot to tell us about our health. “When you move to a new country, you pick up a new microbiome. And that’s changing not just what species of microbes you have, but also what enzymes they carry, which may affect what kinds of food you can digest and how your diet interacts with your health,” he says. “This might not always be a bad thing, but we do see that Westernization of the microbiome is associated with obesity in immigrants, so this could an interesting avenue for future research into treatment of obesity, both in immigrants and potentially in the broader population.”

This research was supported by the Clinical and Translational Science Institute, the Healthy Foods, Healthy Lives Institute, the Office of Diversity, and the Graduate School at the University of Minnesota.

Like Loading...
‹ High exposure to radio frequency radiation associated with cancer in male rats
Regeneration in the digestive tract / Antibiotics leave permanent traces in the gut ›