Our reactions to odor reveal our political attitudes 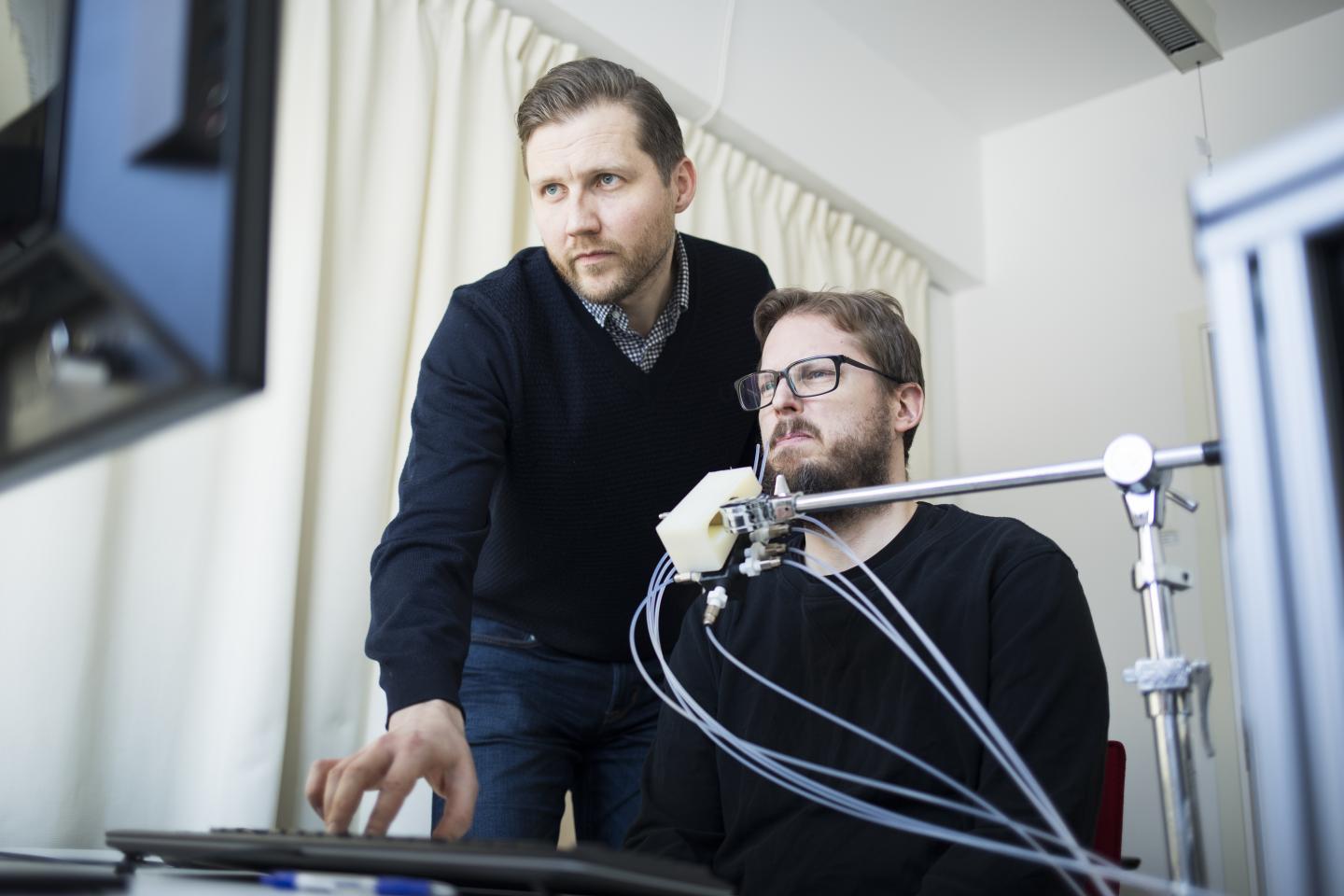 IMAGE: These are researchers at the smell laboratory at Stockholm university. Jonas Olofsson standing.

People who are easily disgusted by body odours are also drawn to authoritarian political leaders. A survey showed a strong connection between supporting a society led by a despotic leader and being sensitive to body odours like sweat or urine. It might come from a deep-seated instinct to avoid infectious diseases. ‘There was a solid connection between how strongly someone was disgusted by smells and their desire to have a dictator-like leader who can supress radical protest movements and ensure that different groups “stay in their places”. That type of society reduces contact among different groups and, at least in theory, decreases the chance of becoming ill’, says Jonas Olofsson, who researches scent and psychology at Stockholm University and is one of the authors of the study.

Disgust is a basic emotion that helps us survive. When people are disgusted, they wrinkle their noses and squint their eyes, basically decreasing their sensory perception of the world. At its core, disgust is a protection against things that are dangerous and infectious – things that we want to avoid. The researchers had a theory that there would be a connection between feelings of disgust and how a person would want society to be organised. They thought that people with a strong instinct to distance themselves from unpleasant smells would also prefer a society where different groups are kept separate. ‘Understanding the shared variance between basic emotional reactivity to potential pathogen cues such as body odours and ideological attitudes that can lead to aggression towards groups perceived as deviant can prompt future investigations on what are the emotional determinants of outgroup derogation. In the next future, his knowledge might inform policies to prevent ethnocentrism’ says Marco Tullio Liuzza from Magna Graecia University of Catanzaro, Italy, also one of the authors.

A scale was developed for the participants to rate their levels of disgust for body odours, both their own and others. The scale was used in a large-scale survey that was given online in different countries, together with questions on their political views. In the US, questions about how they planned to vote in the presidential race in 2016 were added. ‘It showed that people who were more disgusted by smells were also more likely to vote for Donald Trump than those who were less sensitive. We thought that was interesting because Donald Trump talks frequently about how different people disgust him. He thinks that women are disgusting and that immigrants spread disease and it comes up often in his rhetoric. It fits with our hypothesis that his supporters would be more easily disgusted themselves’, says Jonas Olofsson.

The results of the study could be interpreted to suggest that authoritarian political views are innate and difficult to change. However, Jonas Olofsson believes that they can be changed even if they are deep seated. ‘The research has shown that the beliefs can change. If contact is created between groups, authoritarians can change. It’s not carved in stone. Quite the opposite, beliefs can be updated when we learn new things.’