Moscow Institute of Physics and Technology 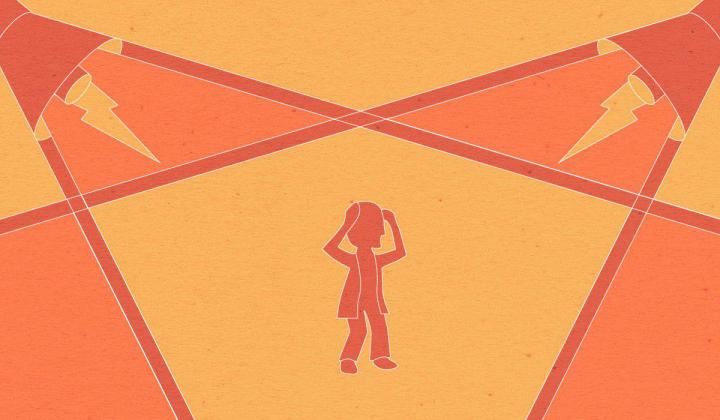 Russian experts managed to define the mechanism of the very manipulation of the minds of the masses. Mathematics brought a number of formulas that describe the behavior of participants of the information war that allows you to determine the next steps of media propaganda. The model that researchers developed can help to accurately predict the outcome of media battle.

Researchers from MIPT teamed up with their colleagues from the Keldysh Institute of Applied Mathematics of the Russian Academy of Sciences (KIAM RAS) and Lomonosov Moscow State University to develop a mathematical model of information warfare in a society under periodic destabilization. The authors of the paper, which was published in the journal Mathematical Models and Computer Simulations, have determined for the first time in what way periodic surges of propaganda in the mass media can disturb the balance between two opposing parties. In addition to providing an analytical solution of the problem, the researchers have conducted a numerical experiment that illustrates their model.

The authors envisage their model as a means of simulating real-life information warfare scenarios and determining their outcomes with a high degree of precision.

“With any social study using a mathematical model, it’s all about the adequacy of the assumptions introduced into the model. They determine if the study is going to be a success and put a limit on the potential accuracy of the results,” explains Alexander Petrov, a leading researcher at KIAM RAS, who co-authored the paper.

“This is why many models of social phenomena that assume rational human behavior — that is, individuals seeking to maximize their benefits or minimize their expenses — fail to produce meaningful results. Humans as social beings are much more subtle than what economics imagines them to be.

“So we’re trying to develop information warfare models based on a more complex idea of how decision making works. Some of them, for example, are based on a neurological scheme proposed by Nicolas Rashevsky, a Russian-born U.S. physicist and pioneer of mathematical biology and psychology,” says Petrov.

Because information dominates contemporary societies, modeling its dissemination is a promising emerging line of research. Mathematicians tackle this vast and seemingly subjective problem by formulating differential and integro-differential equations. In simulations, the party that ends up with more supporters is deemed to have defeated the opposing party in information warfare.

The researchers used their model to identify how the number of members in two opposing factions disseminating media propaganda varied with time. To be more realistic, the model is supplied with coefficients accounting for the intensity of information dissemination, the characteristic properties of certain social groups, and how information is consumed and forgotten, among other things. The numeric values of these coefficients to be fed into the equations were obtained by integrating data and thus do not represent individual human features.

“Current social studies are mostly geared toward predicting the outcomes of specific instances of information interactions, drawing on large amounts of initial data. An example of this would be search engine query analysis,” says Olga Proncheva of the Department of Higher Mathematics, MIPT, who co-authored the paper. “But these studies do not aim to develop universal mathematical models, which are essential if we are going to predict arbitrary information interaction outcomes.”

Prior models featured a constant value representing the intensity of information dissemination by the competing parties. Now, MIPT researchers and their colleagues have accounted for the fact that real publicity campaigns are characterized by sporadic information attacks in the media. They introduced a variable representing a destabilizing effect on information warfare — namely, one of the parties stepping up the propaganda for brief intervals. Accordingly, the parameter characterizing the intensity of information dissemination by that party is given by a piecewise periodic function of time.

The analytical solution of the resulting system of differential equations along with the subsequent numerical experiment have shown that, following an intermittent period when the destabilizer operates, periodic behavior is observed. That is to say, brief surges in propaganda intensity have no long-term effects if the capacity of the society to forget information is accounted for.

The researchers have already applied their model to solve a practical problem. Namely, developing an effective advertising campaign for a company selling video games. The team modeled a situation when consumers got interested by a product early enough to buy it before pirated copies became freely available on the internet. In this scenario, the two opposing parties within the mathematical model are the video game developer and the pirates. Using the data provided by the client, the researchers calculated the coefficients for the equations. Based on their model, they successfully predicted how often publicity had to be distributed.

Despite its success, the researchers are willing to venture beyond this model, whose chief weakness is the inability to accommodate faction changes.

Petrov told us about one of the possible modifications: “We have been working with models of this kind for quite a while. At the moment, we’re developing a feature that will enable the members of social groups to change their allegiance from one faction to another, depending on a range of parameters affecting them. In our recent paper called ‘Modeling the Effect of Political Polarization on the Outcome of Propaganda Battle’ we investigate the phenomenon of polarization.

“Members of the society are by nature more inclined to hold either left or right-wing political views. We let one of the competing parties — the left or the right — have more control over mass media. Now, the question is this: If the society becomes polarized — that is, the left move further to the left, and the right shift to the right — which of the two opposing parties will benefit? Will the group with more control over the media gain an advantage or the other one?”

“The answer was not trivial,” Petrov goes on. “As long as the polarization is relatively insignificant, more polarization favors the party that dominates the media. Thanks to polarization, it can find supporters within the society, eventually securing a stable majority by means of propaganda. However, as soon as polarization is too extreme, greater control over the media has no effect, because the left and right radicals cannot convert one another to their respective views. Although this result does not contradict what one might intuitively expect, still it would be hard to obtain without mathematical modeling.”