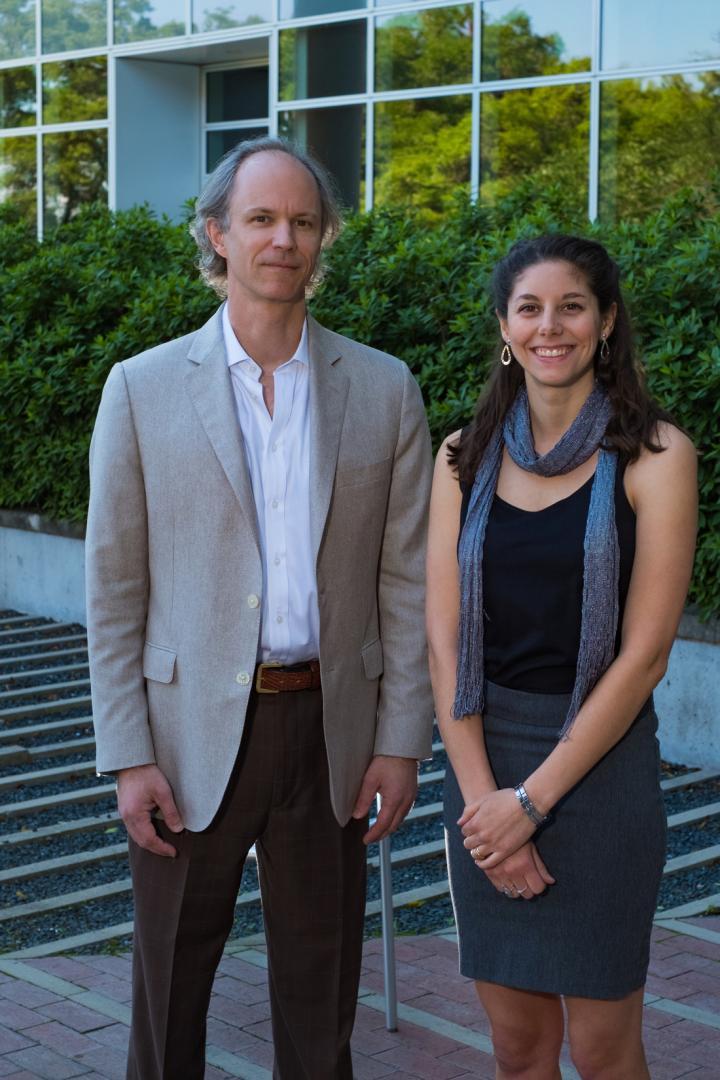 A Rice University study predicts that this fall’s flu vaccine — a new H3N2 formulation for the first time since 2015 — will likely have the same reduced efficacy against the dominant circulating strain of influenza A as the vaccine given in 2016 and 2017 due to viral mutations related to vaccine production in eggs.

The Rice method, known as pEpitope (pronounced PEE-epih-tope), was invented more than 10 years ago as a fast, inexpensive way of gauging the effectiveness of proposed flu vaccine formulations. The latest pEpitope study, which is available online this week in Clinical Infectious Diseases, suggests pEpitope is a more accurate predictor of vaccine efficacy than long-relied-upon ferret tests, particularly for data gathered in the past decade. The pEpitope method accounts for 77 percent of what impacts efficacy of the vaccine in humans.

pEpitope is a computational method that measures critical differences in the genetic sequences of flu strains. In the new study, the method accurately predicted vaccine efficacy rates for more than 40 years of flu records. These included the past two flu seasons in which vaccines offered only limited protection against the most widely circulating strain of influenza A.

“The vaccine has been changed for 2018-19, but unfortunately it still contains two critical mutations that arise from the egg-based vaccine production process,” said Michael Deem, Rice’s John W. Cox Professor in Biochemical and Genetic Engineering and professor of physics and astronomy. “Our study found that these same mutations halved the efficacy of flu vaccines in the past two seasons, and we expect they will lower the efficacy of the next vaccine in a similar manner.”

Full efficacy data for the 2017-2018 flu season are still being compiled, but pEpitope has predicted it will be around 19 percent against H3N2, the type of influenza A that infected most people in the U.S. in each of the past two years. The Food and Drug Administration chose the same vaccine formulation in 2017 and 2016, in part because the dominant circulating strain stayed the same. In 2016, the vaccine had an efficacy of 20 percent, almost identical to the efficacy of 19 percent predicted by pEpitope.

Annual flu vaccines are formulated to protect against one type of influenza B and two strains of influenza A, one H3N2 strain and one H1N1 strain. The H and N refer to hemagglutinin and neuraminidase, two proteins that cover the outside of invading flu particles that can cause infection when inhaled. The human immune system targets these particles for destruction based on their H and N sequences, and flu viruses constantly evolve the sequence of amino acids in these proteins to evade detection.

Most flu vaccines are produced with a decades-old process that involves culturing viruses in hundreds of millions of chicken eggs. Because the strain of flu that infects people is often difficult to grow in eggs, vaccine producers must make compromises to produce enough egg-based vaccine in time for fall flu shots. Unintended effects of this process have reduced vaccine efficacy against H3N2 the past two years, Deem said.

“Very often there are egg adaptations,” he said. “There were a couple of these in the vaccine strain the past two seasons that wound up making it a little bit different from the actual circulating virus strain.”

While other papers have examined these mutations using expensive and time-consuming experiments on live ferrets and laboratory cell cultures, Deem and Melia Bonomo used the pEpitope method to rapidly calculate how much the egg-passage mutations would decrease vaccine efficacy in humans.

“In fact, it’s pretty substantial,” said Bonomo, a doctoral student in applied physics. “The original strain used as a reference for the vaccine was basically a perfect match to the dominant circulating strain, and the predicted efficacy would have been around 47 percent. We found that the mutations in two amino acids out of more than 300 in one key region of the hemagglutinin protein were enough to lower efficacy to 19 percent against all circulating strains.”

Deem said egg adaptations like those that reduced the efficacy of vaccines in 2016 and 2017 are unavoidable as long as flu vaccines are produced in eggs. He and Bonomo compared the efficacy of the egg-based vaccine with an experimental vaccine produced from insect cells via reverse genetics. The cell-based vaccine, which did not have the egg-passage mutations, had a predicted efficacy of 47 percent, the average value of a perfectly matched H3N2 vaccine, Deem said.

For decades, scientists have relied upon ferret models to gauge how flu viruses and flu vaccines will behave in people. But Deem said ferret studies over the past 10 years have been considerably less predictive of human effects than they were in the preceding three decades, and it is unclear why.

“It’s been apparent over the last 10 years that egg adaptations have affected the efficacy of flu vaccines,” he said. “It’s also been apparent that the ferrets have done a really bad job of predicting the reduction of the efficacy due to the egg adaptations. Additionally, it’s been difficult to get data from ferrets because the ferrets’ immune systems have not recognized the vaccines particularly well over the past 10 years.”

Deem said the ferret-based measures are one-third as predictive as the pEpitope method that has consistent performance over decades of flu data.

The research was funded by the National Science Foundation via Rice’s Center for Theoretical Biological Physics and by the Welch Foundation.

http://www.laughlin.af.mil/News/Art/igphoto/2001819271/
CAPTION: Even in years when flu vaccines have reduced efficacy, experts say flu shots are a safe and easy way to reduce one’s chances of getting sick and spreading the flu. (U.S. Air Force photo/Senior Airman Areca T. Wilson)

This release can be found online at news.rice.edu.

Located on a 300-acre forested campus in Houston, Rice University is consistently ranked among the nation’s top 20 universities by U.S. News & World Report. Rice has highly respected schools of Architecture, Business, Continuing Studies, Engineering, Humanities, Music, Natural Sciences and Social Sciences and is home to the Baker Institute for Public Policy. With 3,879 undergraduates and 2,861 graduate students, Rice’s undergraduate student-to-faculty ratio is 6-to-1. Its residential college system builds close-knit communities and lifelong friendships, just one reason why Rice is ranked No. 1 for quality of life and for lots of race/class interaction and No. 2 for happiest students by the Princeton Review. Rice is also rated as a best value among private universities by Kiplinger’s Personal Finance. To read “What they’re saying about Rice,” go to http://tinyurl.com/RiceUniversityoverview.