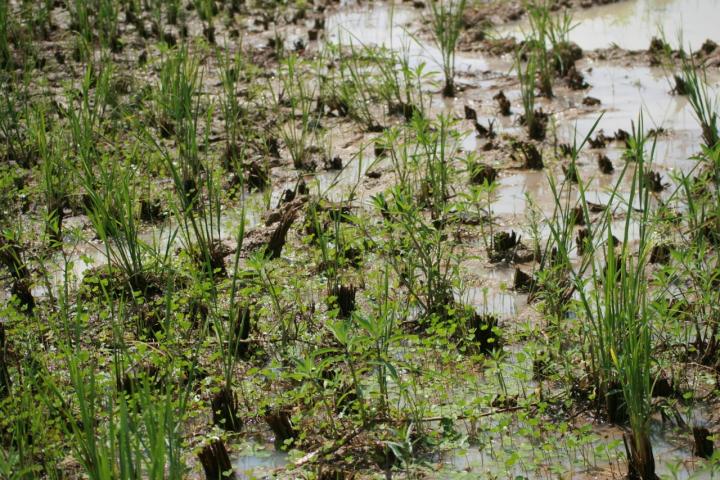 RIVERSIDE, Calif. — For decades, chemical pesticides have been the most important way of controlling insects like the Anopheles mosquito species that spreads malaria to humans. Unfortunately, the bugs have fought back, evolving genetic shields to protect themselves and their offspring from future attacks.

The fascinating array of genetic changes that confer pesticide resistance in Anopheles mosquitoes is reviewed in an article published today in Trends in Parasitology. The paper is written by Colince Kamdem, a postdoctoral scholar, and two colleagues from the Department of Entomology at the University of California, Riverside. The findings highlight the interplay between human interventions, mosquito evolution, and disease outcomes, and will help scientists develop new strategies to overcome pesticide resistance.

In 2015, there were roughly 212 million malaria cases and an estimated 429,000 deaths due to malaria, according to the World Health Organization. While increased prevention and control measures have led to a 29 percent reduction in malaria mortality rates globally since 2010, the increase in pesticide resistant insects underscores the need for new strategies. “One of the main obstacles to malaria eradication is the enormous diversity and adaptive flexibility of the Anopheles mosquito species, therefore a better understanding of the genetic, behavioral, and ecological factors underlying its ability to evolve resistance is key to controlling this disease,” Kamdem said.

In sub-Saharan Africa, multiple factors, including the widespread use of long-lasting insecticidal nets, indoor residual spraying, exposure to chemical pollutants, urbanization, and agricultural practices, are contributing to the selection of malaria mosquitoes that are highly resistant to several classes of insecticide.

Kamden’s article highlights several ways that mosquitoes are adapting to insecticide exposure. Advantageous mutations in the insecticide target site are a major source of resistance, highlighting the direct impact of human interventions on the mosquito genome. Other mutations boost the activity of enzymes that degrade or sequester the insecticide before it reaches its target in the cell. In some cases, mosquitoes change their behaviors to avoid coming into contact with pesticides.

“These changes are occurring at the molecular, physiological and behavioral level, and multiple changes are often happening at the same time. With the accessibility of DNA sequencing we can now pinpoint these evolutionary changes at the genomic level,” Kamdem said.

Kamdem said the high genetic diversity among mosquito species and their ability to swap genes makes it difficult to stop the development of insecticide-resistant groups. Gene drive systems that use genetic approaches to kill mosquitoes, prevent them from breeding, or stop them from transmitting the malaria-causing parasite are under development, but a concern is that mosquitoes could evolve resistance to these techniques, too. “The insights gained from the intensive use of insecticides and its impact on the mosquito genome will be critical for the successful implementation of gene editing systems as a new approach to controlling mosquito-borne diseases,” Kamdem said. “Due to the emergence of mosquito-borne diseases such as Zika, several countries are implementing, or are preparing to deploy, vector control strategies on a large scale. One of the most pressing needs is to design evidence-based monitoring tools to fight back the inevitable resistance of mosquitoes.”

The title of the article is: “Human Interventions: Driving Forces of Mosquito Evolution.” In addition to Kamdem, contributors are Caroline Fouet, a postdoctoral researcher in entomology and lead author on the paper, and Peter Atkinson, a professor of entomology, both at UC Riverside.