Except for this cat which some say was the cause of some pretty devastating effects on Friday.

But the moment he did that, he said he was locked out of his account.

He told Mashable: ‘I was chatting with friends, got one cat image on WhatsApp, it was so cute that I sent it to a friend.’ 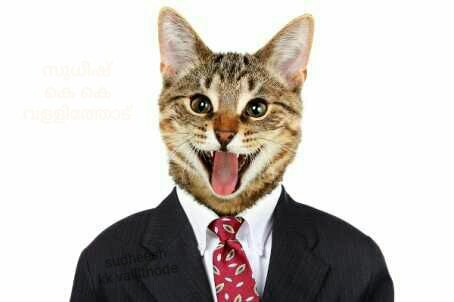 And it appears Varun wasn’t the only one this happened to.

Others have reported trying to share the same photo, after making some alterations, and having their Facebook accounts disabled (although when we tried, nothing happened)

When Varun contacted the network, he wasn’t given an explanation as to how the photo violated the terms of service, only an apology for the incident.

In a statement to Varun’s technology blog, FoneArena, Facebook said: ‘Our team found this was a mistake & have restored your account. We’re sorry for the trouble this caused you.’

It appears it may have something to do with the blurred text that appears next to the cat in a foreign language.

We’re not sure what the mysterious text says but we’re hoping Facebook sorts out their photo policy soon because this cat’s just too cute to not share.