University of Hawaii at Manoa 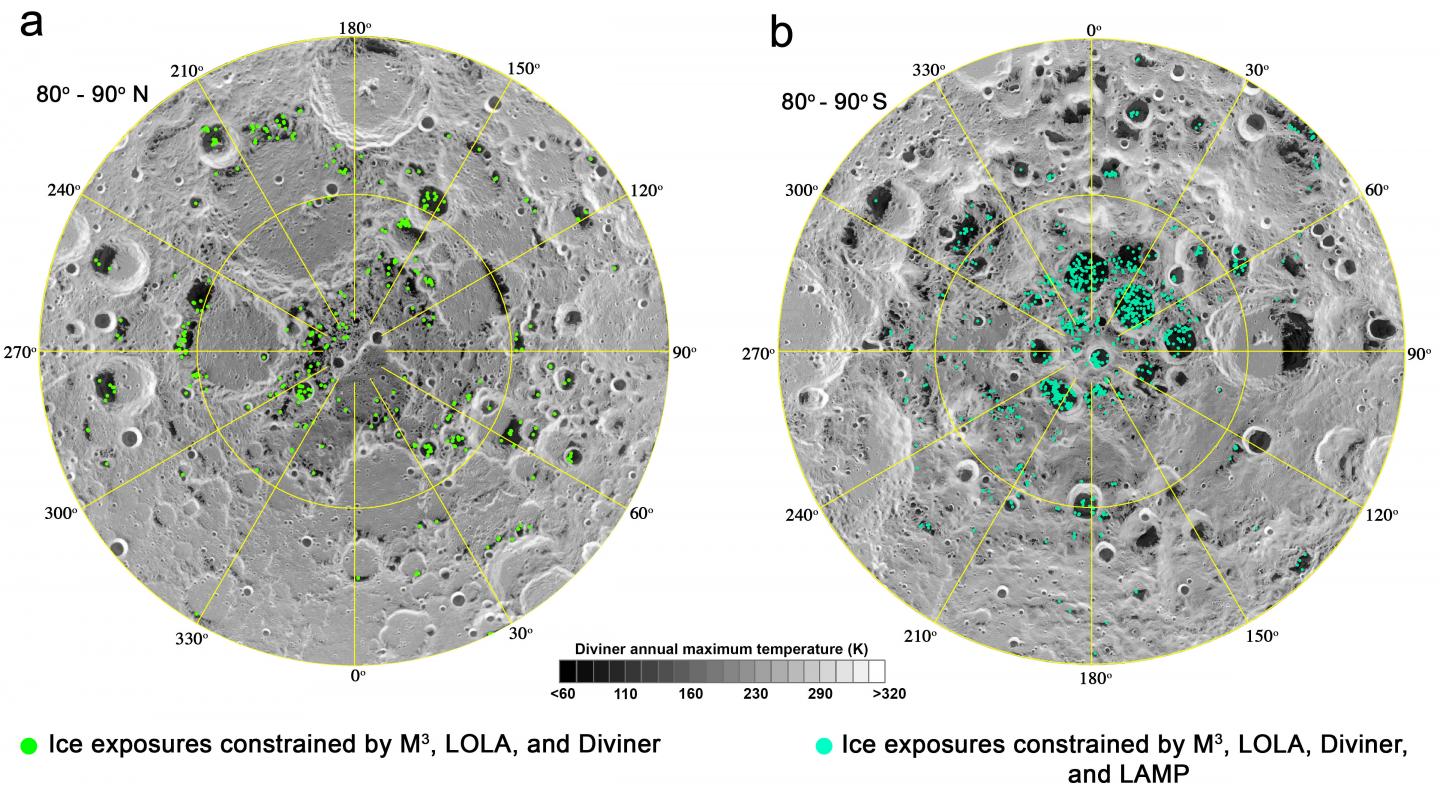 A team of scientists led by researchers from the University of Hawai’i at Mānoa School of Ocean and Earth Science and Technology (SOEST) found the first direct evidence for the surface exposed water ice in permanently shaded regions (PSRs) of the Moon.

“We found that the distribution of ice on the lunar surface is very patchy, which is very different from other planetary bodies such as Mercury and Ceres where the ice is relatively pure and abundant,” said lead author Shuai Li, a postdoctoral researcher at the Hawai’i Institute of Geophysics and Planetology (HIGP) in SOEST. “The spectral features of our detected ice suggest that they were formed by slow condensation from a vapor phase either due to impact or water migration from space.”

The team analyzed data acquired by the Moon Mineralogy Mapper (M3) onboard India’s Chandrayaan-1 mission launched in 2008. They found absorption features in the M3 data that were similar to those of pure water ice measured in the laboratory. Their findings were further validated with other datasets such as the data acquired by the Lunar Orbiter Laser Altimeter (LOLA), The Lyman-Alpha Mapping Project (LAMP), and the Diviner instrument onboard America’s Lunar Reconnaissance Orbiter (LRO) mission.

Before this research, there was no direct evidence of water ice on the lunar surface. Usually, M3 measures reflected light from the illuminated regions on the Moon. At PSRs, there is no direct sunlight reflected so M3 can only measure scattered light in those areas. Without an atmosphere, light bouncing around the surface of the Moon is scattered very weakly, producing a weak signal for the research team to work with.

“This was a really surprising finding,” said Li. “While I was interested to see what I could find in the M3 data from PSRs, I did not have any hope to see ice features when I started this project. I was astounded when I looked closer and found such meaningful spectral features in the measurements.”

“The patchy distribution and smaller abundance of ice on the Moon compared with other planetary bodies suggest that the delivery, formation, and retention processes of water ice on the Moon are very unique,” said Paul Lucey, professor at HIGP and co-author on the study.

“Given that the Moon is our nearest planetary neighbor, understanding the processes which led to water ice on the Moon provides clues to understand the origin of water on Earth and throughout the solar system,” said Li. “A future Moon mission is needed to examine the whole lunar PSRs to map out all water ices and understand the processes which led to water on the Moon. This work provides a roadmap for future exploration of the Moon, particularly the potential of water ice as a resource.”