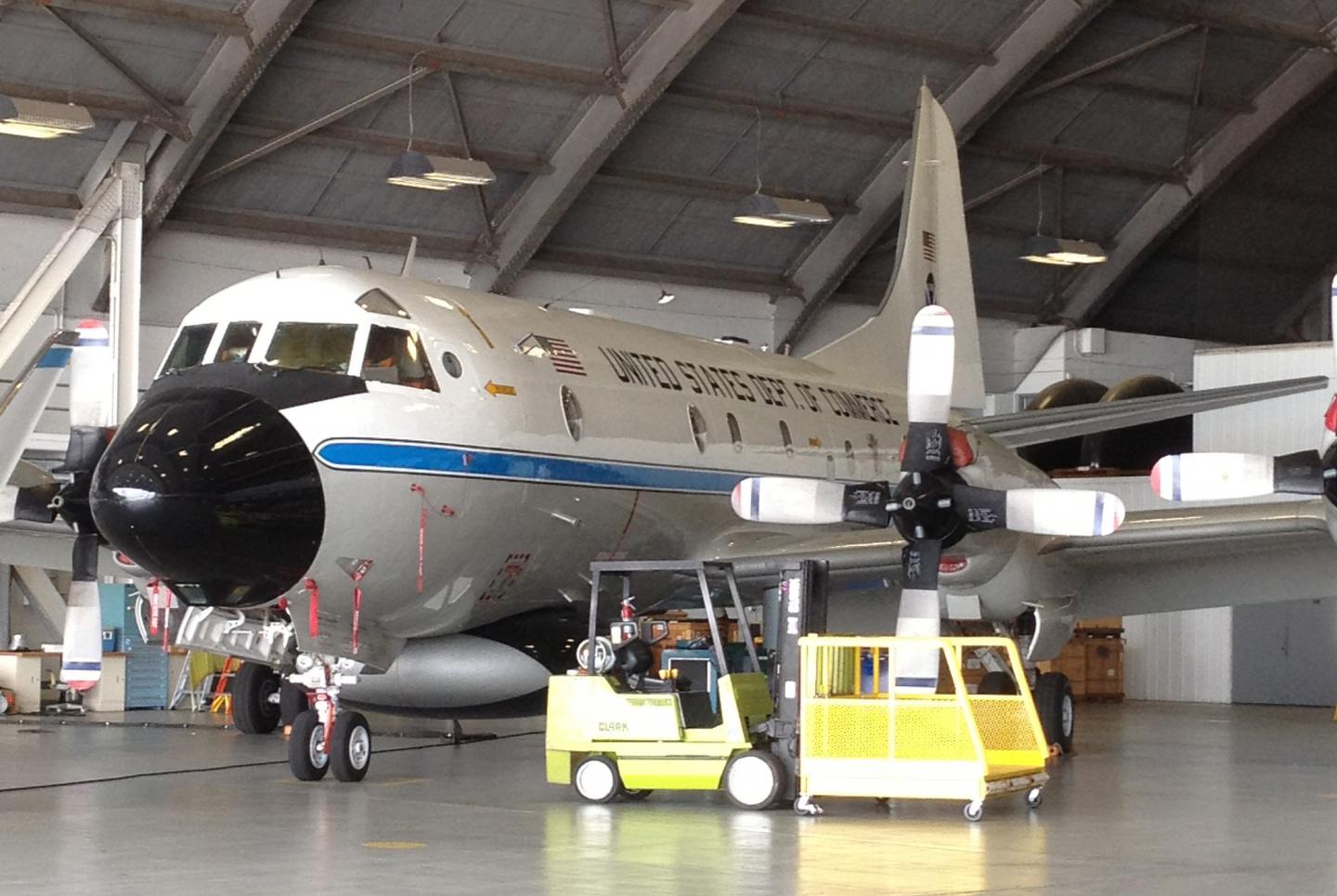 Hurricane Patricia, which battered the west coast of Mexico in 2015, was the most intense tropical cyclone ever recorded in the Western Hemisphere. Amid the extreme violence of the storm, scientists observed something new: a downward beam of positrons, the antimatter counterpart of electrons, creating a burst of powerful gamma-rays and x-rays.

Detected by an instrument aboard NOAA’s Hurricane Hunter aircraft, which flew through the eyewall of the storm at its peak intensity, the positron beam was not a surprise to the UC Santa Cruz scientists who built the instrument. But it was the first time anyone has observed this phenomenon.

According to David Smith, a professor of physics at UC Santa Cruz, the positron beam was the downward component of an upward terrestrial gamma-ray flash that sent a short blast of radiation into space above the storm. Terrestrial gamma-ray flashes (TGFs) were first seen in 1994 by space-based gamma-ray detectors. They occur in conjunction with lightning and have now been observed thousands of times by orbiting satellites. A reverse positron beam was predicted by theoretical models of TGFs, but had never been detected.

“This is the first confirmation of that theoretical prediction, and it shows that TGFs are piercing the atmosphere from top to bottom with high-energy radiation,” Smith said. “This event could have been detected from space, like almost all the other reported TGFs, as an upward beam caused by an avalanche of electrons. We saw it from below because of a beam of antimatter (positrons) sent in the opposite direction.”

One unexpected implication of the study, published May 17 in the Journal of Geophysical Research: Atmospheres, is that many TGFs could be detected via the reverse positron beam using ground-based instruments at high altitudes. It’s not necessary to fly into the eye of a hurricane.

“We detected it at an altitude of 2.5 kilometers, and I estimated our detectors could have seen it down to 1.5 kilometers. That’s the altitude of Denver, so there are a lot of places where you could in theory see them if you had an instrument in the right place at the right time during a thunderstorm,” Smith said.

Despite the confirmation of the reverse positron beam, many questions remain unresolved about the mechanisms that drive TGFs. Strong electric fields in thunderstorms can accelerate electrons to near the speed of light, and these “relativistic” electrons emit gamma-rays when they scatter off of atoms in the atmosphere. The electrons can also knock other electrons off of atoms and accelerate them to high energies, creating an avalanche of relativistic electrons. A TGF, which is an extremely bright flash of gamma-rays, requires a large number of avalanches of relativistic electrons.

“It’s an extraordinary event, and we still don’t understand how it gets so bright,” Smith said.

The source of the positrons, however, is a well known phenomenon in physics called pair production, in which a gamma ray interacts with the nucleus of an atom to create an electron and a positron. Since they have opposite charges, they are accelerated in opposite directions by the electric field of the thunderstorm. The downward moving positrons produce x-rays and gamma-rays in their direction of travel when they collide with atomic nuclei, just like the upward moving electrons.

“What we saw in the aircraft are the gamma-rays produced by the downward positron beam,” Smith said.

First author Gregory Bowers, now at Los Alamos National Laboratory, and coauthor Nicole Kelley, now at Swift Navigation, were both graduate students at UC Santa Cruz when they worked together on the instrument that made the detection. The Airborne Detector for Energetic Lightning Emissions (ADELE) mark II was designed to observe TGFs up close by measuring x-rays and gamma-rays from aircraft flown into or above thunderstorms.

Getting too close to a TGF could be hazardous, although the risk drops off rapidly with distance from the source. The gamma-ray dose at a distance of one kilometer would be negligible, Smith said. “It’s hypothetically a risk, but the odds are quite small,” he said. “I don’t ask pilots to fly into thunderstorms, but if they’re going anyway I’ll put an instrument on board.”

Smith’s group was the first to detect a TGF from an airplane using an earlier instrument, the ADELE mark I. In that case, the upward beam from the TGF was detected above a thunderstorm. For this study, the ADELE mark II flew aboard NOAA’s Hurricane Hunter WP-3D Orion during the Atlantic hurricane season.

In addition to Bowers, Smith, and Kelley, the coauthors of the paper include Forest Martinez-McKinney at UC Santa Cruz, Joseph Dwyer at the University of New Hampshire, and scientists at Duke University, Earth Networks, University of Washington, NOAA, and Florida Institute of Technology. This work was funded by the National Science Foundation.

Like Loading...
‹ Following five healthy lifestyle habits may increase life expectancy by decade or more
On current trends, almost a quarter of people in the world will be obese by 2045, and 1 in 8 will have type 2 diabetes ›