Noise throws the heart out of rhythm 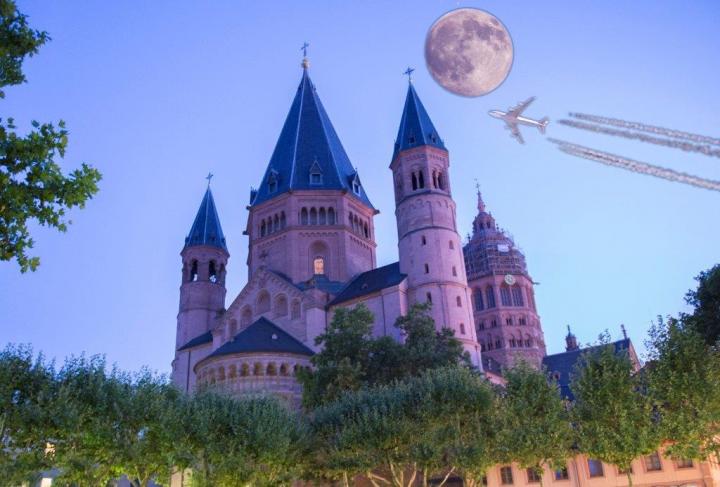 IMAGE: Noise throws the heart out of rhythm.

With an increasing level of noise, the incidence of atrial fibrillation also increases dramatically. Scientists from the Department of Cardiology at the Mainz University Medical Center were able to prove this with data from the Gutenberg Health Study. They found that the incidence of atrial fibrillation in subjects with extreme noise annoyance reactions increases to 23 percent, compared to just 15 percent without this environmental impact. Looking at the proportion of sources of extreme noise pollution, aircraft noise came first with 84 percent during the day and 69 percent during sleep. These results from the Gutenberg Health Study were published recently in the renowned International Journal of Cardiology.

Noise annoyance is a very important indicator in order to decide which noise levels may be considered significant or unacceptable and may be even harmful for our health. Anger, disturbed sleep, exhaustion, and stress symptoms due to noise permanently impair wellbeing, health, and the quality of life. “We have already been able to prove the connection between noise and vascular disease in several studies in healthy volunteers and patients with established coronary artery disease as well as in in preclinical studies. To date, there has been no explicit study being published which addresses to what extent noise annoyance can cause cardiac arrhythmia,” emphasized Professor Thomas Münzel, Director of Cardiology I at the Department of Cardiology at the Mainz University Medical Center and senior author of the study.

The effects of noise pollution have been a subject of research within the framework of the Gutenberg Health Study (GHS). The GHS is one of the world’s largest studies of its kind, including more than 15.000 men and women aged 35 to 74 from the state capital of Rhineland-Palatinate and the district of Mainz-Bingen.

The researchers investigated the relationship between different noise sources during the day and at night during sleep and the most common arrhythmia in the general population, i.e., atrial fibrillation. The study found that increasing annoyance is associated with a significant increase in the frequency of atrial fibrillation. This grew up to 23 percent in subjects experiencing extreme noise annoyance, while only 15 percent experienced no noise annoyance at all. In this context, it has been shown that aircraft noise accounts for the largest share of extreme noise pollution: 84 percent during the day and 69 percent during sleep. The aircraft noise annoyance affected 60 percent of the population, more than every second in the Mainz-Bingen region. Thus, it clearly outperformed other noise sources such as road, rail, or neighborhood noise.

“The study shows for the first time that noise annoyance caused by various noise sources during the day and night is associated with an increased risk of atrial fibrillation,” concluded study leader Omar Hahad, research associate at the Deparment Cardiology, Cardiology I. “Overall, we were able to demonstrate a stronger influence of annoyance caused by nocturnal noise on the heart rhythm.”

The study leaders, however, point out that noise annoyance was measured, not physical noise. Since this is a cross-sectional study, no statements can be made with respect to a causal relationship.

Participants in the GHS study were asked to rate how much they had been harassed in recent years by road, rail, construction, trade, neighborhood noise and aircraft noise, both day and night. Noise annoyance was recorded using internationally accepted, standardized questionnaires. Atrial fibrillation was diagnosed on the basis of the medical history (anamnestic) and / or on the study ECG.

“The relationship between noise annoyance and atrial fibrillation is an important finding that may also explain why noise can lead to more strokes. However, one must not forget that noise also leads to damage to health without the need for an anger reaction,” said Professor Thomas Münzel.

In addition, the impact of the night-time ban introduced by Frankfurt am Main airport (11 p.m. to 5 a.m.) in October 2011 on the aircraft noise reported by the participants was examined. “Interestingly, there was a significant increase in aircraft noise after the introduction of the no-fly ban, both during the day and at night,” commented Münzel. “This could be due to the fact that in spite of the ban on night flights altogether the number of flight movements has not decreased and the flight movements have been concentrated more in the marginal hours of 10 p.m. to 11 p.m. and 5 a.m. to 6 a.m.” The authors conclude that, for example, the total ban on scheduled aircraft movements at the Frankfurt Airport has to be expanded from 11 p.m. to 5 a.m. to 10 p.m. to 6 a.m., in accordance with the definition of nighttime in Germany.

One in ten people may still be infectious for COVID after ten days, new research indicates

Why do we forget? New theory proposes ‘forgetting’ is actually a form of learning