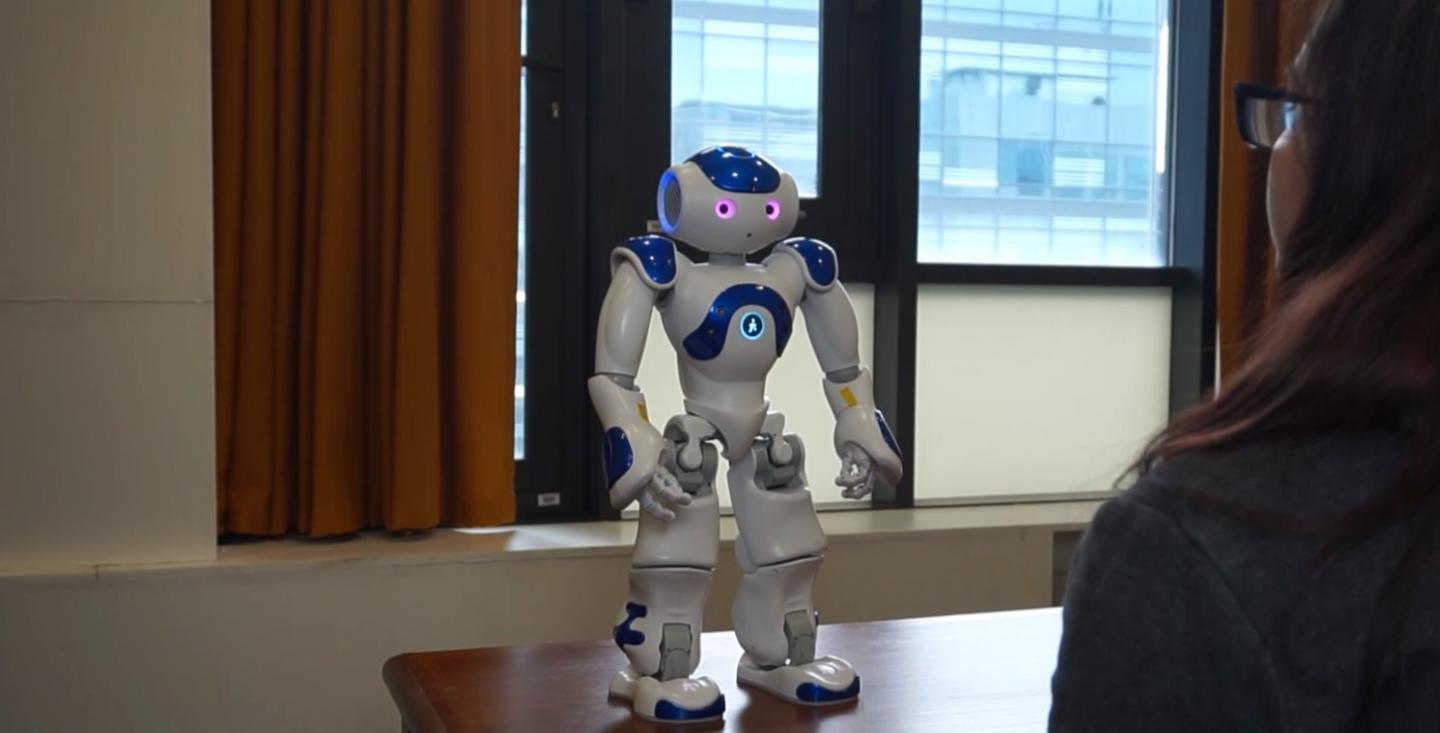 Many participants in the University of Plymouth study praised the ‘non-judgmental’ nature of the humanoid NAO robot as it delivered its session — with one even saying they preferred it to a human.

New research has shown for the first time that a social robot can deliver a ‘helpful’ and ‘enjoyable’ motivational interview (MI) – a counselling technique designed to support behaviour change.

Many participants in the University of Plymouth study praised the ‘non-judgemental’ nature of the humanoid NAO robot as it delivered its session – with one even saying they preferred it to a human.

Led by the School of Psychology, the study also showed that the robot achieved a fundamental objective of MI as it encouraged participants, who wanted to increase their physical activity, to articulate their goals and dilemmas aloud.

MI is a technique that involves the counsellor supporting and encouraging someone to talk about their need for change, and their reasons for wanting to change.

The role of the interviewer in MI is mainly to evoke a conversation about change and commitment, and the robot was programmed with a set script designed to elicit ideas and conversation on how someone could increase their physical activity.

When finished answering each question, the participant taped the top of NAO’s head to continue, with some sessions lasting up to an hour.

Lead academic Professor Jackie Andrade explained that, because they are perceived as nonjudgmental, robots may have advantages over more humanoid avatars for delivering virtual support for behavioral change.

“We were pleasantly surprised by how easily the participants adapted to the unusual experience of discussing their lifestyle with a robot,” she said. “As we have shown for the first time that a motivational interview delivered by a social robot can elicit out-loud discussion from participants.

“In addition, the participants perceived the interaction as enjoyable, interesting and helpful. Participants found it especially useful to hear themselves talking about their behaviour aloud, and liked the fact that the robot didn’t interrupt, which suggests that this new intervention has a potential advantage over other technology-delivered adaptations of MI.

“Concern about being judged by a human interviewer came across strongly in praise for the non-judgemental nature of the robot, suggesting that robots may be particularly helpful for eliciting talk about sensitive issues.

“The next stage is to undertake a quantitative study, where we can measure whether participants felt that the intervention actually increased their activity levels.”

The full paper, entitled Experiences of a motivational interview delivered by NAO robot is now available to view in the Journal of Medical Internet Research (doi: 10.2196/jmir.7737).

Like Loading...
‹ Daily aspirin doubles the risk of melanoma in men
Noise throws the heart out of rhythm ›