LSD blurs boundary between self and other 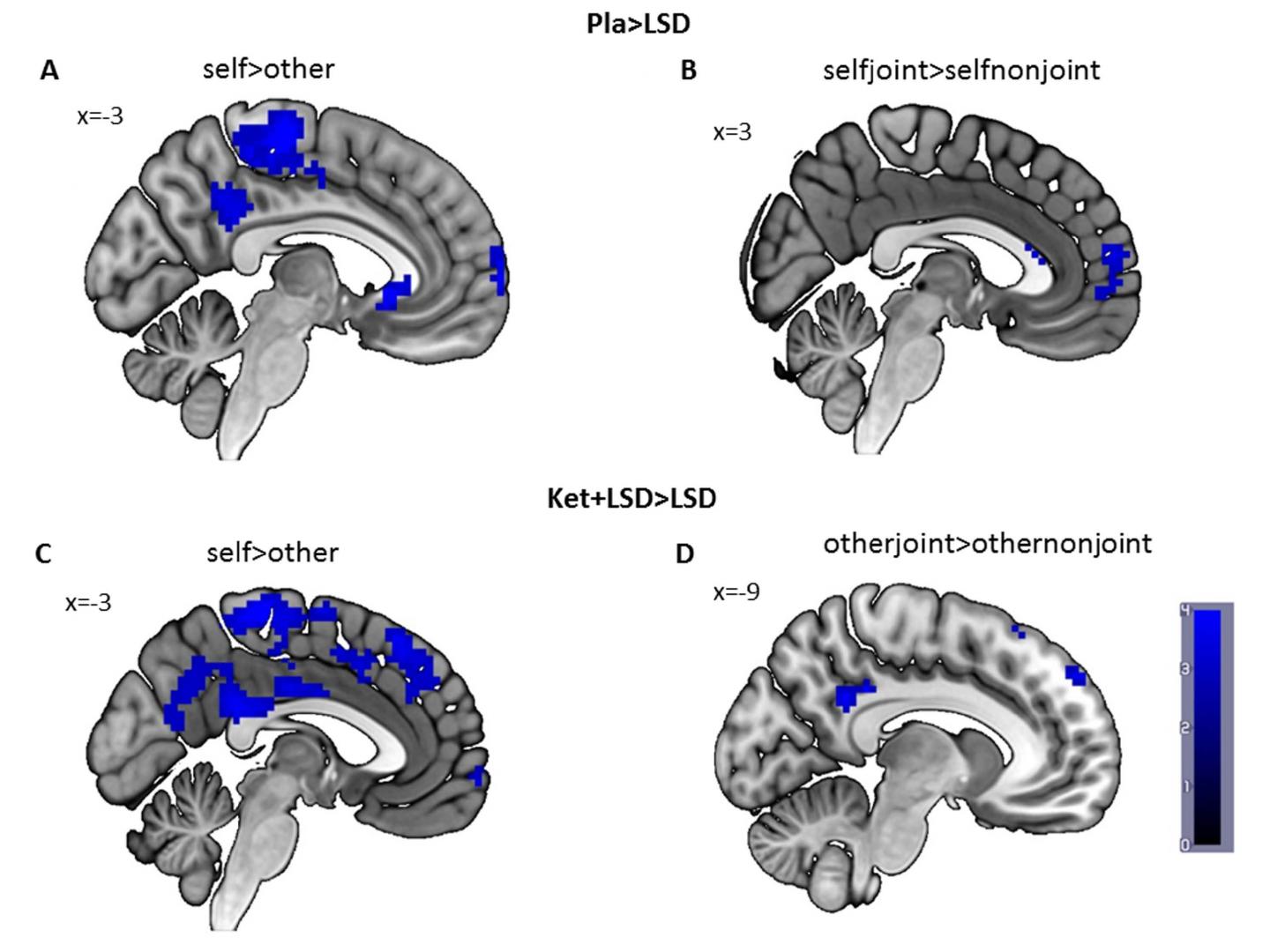 IMAGE: LSD reduced activity in the posterior cingulate cortex and the temporal cortex, brain areas important for establishing one’s sense of self.

A human brain imaging study published in JNeurosci finds that the hallucinogen lysergic acid diethylamide (LSD) alters the activity of brain regions involved in differentiating between oneself and another person.

Katrin Preller, Franz Vollenweider (University of Zurich) and colleagues investigated the role of the serotonin 2A receptor in social interaction, which is impaired in several psychiatric disorders. Human participants received either LSD; ketanserin, a drug that blocks the effects of LSD; or a placebo prior to engaging in a gaze-following game with a virtual human-like character.

By combining functional magnetic resonance imaging and eye-tracking, the researchers found that LSD interfered with participants’ ability to coordinate attention with the virtual character on a particular object on the screen. During this social task, LSD reduced activity in the posterior cingulate cortex and the temporal cortex, brain areas important for establishing one’s sense of self, and appeared to blur the line between the experimental conditions where either the participant or the virtual character took the lead in directing attention. These effects were blocked by ketanserin, indicating that this receptor system may be a target for treating social impairments in disorders that involve an increased self-focus, as in depression, or loss of the sense of self, as in schizophrenia.

Article: Role of the 5-HT2A receptor in self- and other-initiated social interaction in LSD-induced states – a pharmacological fMRI study

JNeurosci, the Society for Neuroscience’s first journal, was launched in 1981 as a means to communicate the findings of the highest quality neuroscience research to the growing field. Today, the journal remains committed to publishing cutting-edge neuroscience that will have an immediate and lasting scientific impact, while responding to authors’ changing publishing needs, representing breadth of the field and diversity in authorship.

About The Society for Neuroscience

The Society for Neuroscience is the world’s largest organization of scientists and physicians devoted to understanding the brain and nervous system. The nonprofit organization, founded in 1969, now has nearly 37,000 members in more than 90 countries and over 130 chapters worldwide.