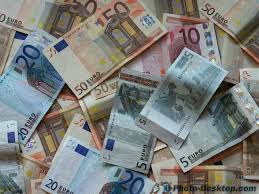 The surprise decision by euro zone leaders to part-fund a bailout of Cyprus by taxing bank deposits sent shockwaves through financial markets on Monday, with shares and the bonds of struggling euro zone governments tumbling.

The bloc struck a “deal” on Saturday to hand Cyprus rescue loans worth 10 billion euros ($13 billion), but defied warnings – including from the European Central Bank – and imposed a levy that would see those with cash in the island’s banks lose between 6.75 and 9.9 percent of their money.

Parliament in Cyprus put off a vote on the measure – which has shaken depositors’ confidence in banks across the continent – until Tuesday, however, and with public anger at the deal widespread the government said it was already looking to ease the pain for small savers.

Without the rescue, Cyprus would have be unable to avoid a default. That would have undermined the promise that Greece’s debt writedown last year was a one-off, but the unprecedented move to hit depositors adds a radical new dimension to the crisis across the euro zone.

The initial response of investors was unambiguous. Shares lurched lower, the euro fell to a new three-month low, while safe-haven assets such as gold and German government bonds jumped.

The cost of insuring the debt of even high-quality European banks against default also rose sharply with analysts citing fears the decision could spark contagion across peripheral regions with the potential for widespread outflows of deposits.

“If I were a saver, certainly in Spain or maybe Italy, I think I’d be looking askance at these measures and think this could yet happen to me,” Peter Dixon, global financial economist at Commerzbank said.

Some credit default swaps in Spanish, Italian and Portuguese banks widened more sharply with the five-year CDS for Spain’s Santander 30 basis points higher, while for Italy’s UniCredit it was 23.5 basis points wider.

However, some in the markets were drawing support from a view that the safety measures put in place at the European Central Bank should contain the fallout.

“Clearly this is a negative development for European assets but in the terms of contagion we think it is quite limited,” said Guillermo Felices, head euro asset allocation at Barclays in London.