Home › Current Affairs › EU Erosion › Erdoğan’s calls on all Turks in Europe to have 5 children, so they will be the “future of Europe.”

Erdoğan’s calls on all Turks in Europe to have 5 children, so they will be the “future of Europe.” 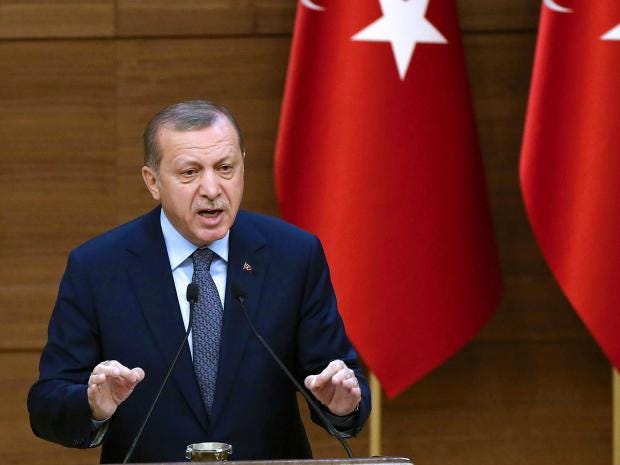 Marion Le Pen, niece of French presidential candidate Marine Le Pen, responded to Turkish President Recep Tayyip Erdoğan’s call to Turks in Europe to “have five children” by saying “the future of Turks in Europe is in Turkey.”

“Dear Erdoğan, the future of Turkish people living in Europe is in Turkey,” Le Pen posted on her Twitter (translated from French).

The Turkish President had called on Turkish citizens living in Europe to have five children – two more than what he recommends Turks have in the homeland – in a bid to increase their numbers so that they will be the “future of Europe.”

“Go live in better neighborhoods. Drive the best cars. Live in the best houses. Make not three, but five children. Because you are the future of Europe,” Erdoğan said at a rally Friday.

Marine Le Pen recently condemned Erdoğan’s plans to campaign for an upcoming Turkish referendum in Europe, telling him to do his “evil campaigning back in Turkey.”

“Why should be tolerate on our soil words other democracies refuse? No Turkish election campaign in France,” she tweeted.

Dutch politician Geert Wilders also came out against the Turkish governments plans to campaign in Europe.

“Your government is fooling you into believing that one day you will become a member of the European Union,” he said. “Well forget it. You are no Europeans and you will never be.”

Wilder’s also called Erdoğan is a “dangerous Islamist,” adding, “we do not want more, but less Islam. So Turkey, stay away from us.”

The first round of the French presidential election will take place this April, followed by the second round in May.

“I also think that he stands for protecting immigration, and thus is against expectations of the majority of the French people,” she added.

Like Loading...
‹ Bacterial Strains may help fix Crohn’s disease and ulcerative colitis
Turkey’s president: Turks living in Europe should all have 5 children – Vox ›

Social isolation among older adults linked to having fewer teeth