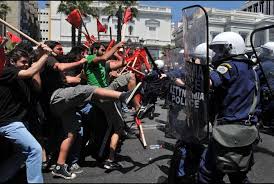 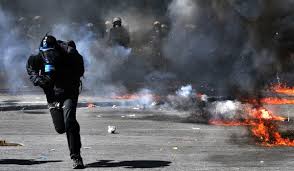 “The financial health is not going to change in the country until they realize that they are in default – that they are bankrupt – and tell the banks that are holding their debt, and the European Union and the ECB, that they’re going to default,” he stressed.

RT: Do you think the austerity package will help to avoid economic collapse in Greece?

Charlie McGrath: No. We have been talking about this for years at this point, and we’re just going to kick the can down the road for a few more months, and then be right at it again and have the next round of protests, and the next round of rage from the people of Greece will be a little more violent from what we see now. It’s continuing to escalate. And this is what happens when you have an outright assault on a representative government, when you have an outright assault on the sovereignty of nations. You have the Troika taking over Europe. You have the European Commission, the European Central Bank and the International Monetary Fund – they are trying to be the government of Europe, of the eurozone.

RT: So what is worse for the Greek people: being kicked out of the euro and going into bankruptcy, defaulting, or more austerity being implemented?

CM: I absolutely think more austerity. They’re going to keep lending them money to pay their way out of debt? That makes completely no sense whatsoever. I think a model that Greece should follow is Iceland. Go ahead and tell the banks, I’m sorry, you lent this money, you wrapped this debt and you’re going to lose. This is what is what was supposed to happen in a free market capitalist country, but this is not what we have here. We’re just going to be loading debt on the people of Greece, and let’s be clear – it is not stopping at Greece. All of Europe is going to be going down the same path. This is why we see this push for the ESM; this is why we see a push for the OMT giving more and more power to Brussels. They understand fully well, that the sovereign debt crisis, even though sparked in Greece, isn’t stopping at Greece.

RT: How bad do you think protests in Greece could get?

CM: Well, we already have people killing themselves in front of the Parliament in Greece. You have people that are losing everything, losing hope, that the last thing to go to will be their sense that they have anybody that is representing them whatsoever. You have this tyranny of this technocrat majority inside Greece, 153 out of 300 vote more austerity onto the people. I think as they continue to lose more hope in that, they have control over financial destiny. How can it do anything but digress into anything, particularly into civil war?

RT:On Sunday, the country’s parliament is to approve a budget for next year. What do you think we can expect from that?

CM: The financial health is not going to change in the country until they realize that they are in default, that they are bankrupt and they tell the banks that are holding their debt and the European Union and the ECB that they’re going to default. This is what happens in market capitalism. Their prospect of returning to a healthy economy has to start with the realizing that they are completely and utterly broke, and starting over from scratch. //RT