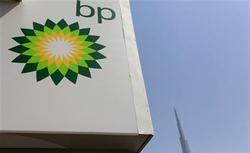 By David Sheppard and Chris Baltimore

A surge in output from shale oil reserves in the Bakken of North Dakota and Eagle Ford of Texas has raised U.S. domestic production to the highest level since 1995.

While the United States still imports more than 8 million barrels of crude oil per day, a glut of light, sweet crude oil created by the controversial hydraulic fracturing or ‘fracking’ boom could fetch higher prices on international markets.

This summer BP Plc received a license to export crude oil to specific Canadian refineries from the Bureau of Industry and Security, a branch of the US Commerce Department, a source familiar with the issue said on Thursday. BP has yet to export any crude oil on that license, the source said.

Shell spokeswoman Kayla Macke told Reuters they have also now applied for a license, but would not comment on likely export destinations or the volumes of crude involved.

“We have applied to the Department of Commerce to export domestic U.S. crude oil,” Macke said, adding that as a global commodity, imports and exports would follow supply and demand.

A nearly century-old U.S. law requires companies to get a special license to export crude oil. Until recently, there has been little or no demand for overseas shipments, apart from a trickle of crude from Alaska that has been routinely exported.

So far, the export business appears geared toward sending supplies of light, sweet Bakken crude from North Dakota to a clutch of Canadian refiners on the East Coast, which are otherwise dependent on costlier European imports.

Those refiners in turn export much of their refined fuel to the United States. Pipeline bottlenecks have pushed prices in the U.S. Midwest to more than $20 below international marker Brent crude, which traded above $115 a barrel on Thursday.

Many experts are now watching for signs that companies are pressing for a much more controversial move than shipping oil to Canada: permission to ship crude overseas from the Gulf Coast, allowing traders to sell American oil to importers as far afield as Argentina.

“Other than routine movement between Canada and the United States, we have not been involved in any crude oil export requests,” a Vitol spokesman told Reuters, adding they had been shipping crude to Canada for some time.

U.S. oil production has become a fiercely contested issue in the Presidential election race, with gasoline and diesel prices near $4 a gallon.

Republican nominee Mitt Romney has promised North American energy independence by 2020 by supporting fracking and opening up parts of the Atlantic Coast for drilling.

President Barack Obama wants to cut U.S. oil imports in half over the same time period while promoting an “all-of-the-above” policy that backs renewable energy alongside increased U.S. production of fossil fuels.

Government data shows U.S. domestic crude oil production hit 6.6 million barrels per day last week, the highest level since May 1995 due to the rise in fracking.

But domestic U.S. refiners, especially on the Gulf Coast, have been upgraded to process cheaper, heavier types of crude from Mexico or Saudi Arabia, and are often ill-suited for refining the lighter crudes from fracking.

By law, the Department of Commerce cannot confirm or deny whether it has received license applications or granted licenses, but companies have been exporting crude oil for several decades. Exports to Canada have a “presumption of approval,” a Commerce spokesperson said in an email.

U.S. crude oil exports to Canada have been growing slowly and steadily. Shipments reached 77,000 barrels per day (bpd) in July, the second-highest volume on record, according to U.S. government data. It was not clear whether the data also counted crude that was re-imported.

Exports to Canada are double what they were five years ago, but are still a tiny drop next to 8 to 9 million barrels the U.S. imports each day, including 3 million bpd from its northern neighbor.

Lacking pipeline access to Alberta’s oil sands, Canadian refineries in Quebec, Nova Scotia, New Brunswick and Newfoundland are dependent on foreign crude. According to the most recent figures from Canada’s National Energy Board, Canada imported almost 650,000 barrels per day in May, 23 percent higher than the prior month but down 5.3 percent from May 2012.

While most of the imports come from overseas, U.S. crude can be exported to Canada by rail, barge or pipeline. Indeed, Enbridge Inc’s massive Lakehead pipeline system can take Bakken crude to the refining hub at Sarnia, Ontario, while the 300,000 bpd Irving Oil refiner at Saint John, New Brunswick, is taking railcars of Bakken crude to replace more-expensive seaborne supplies.

Canadian imports of Bakken crude could rise when Enbridge completes its Eastern Access project that will expand the capacity of its system to handle rising production from North Dakota and the oil sands and reverse an existing pipeline to bring Western crude as far east as Montreal.

“I believe the assumption that the Commerce Department works on is that crude oil shipped to Canada comes back to the U.S. as product. It equals out more or less,” said Lucian Pugliaresi, president of the Energy Policy Research Foundation in Washington DC.

“The working assumption is that if you were to submit an application for a waterbourne export to Brazil or somewhere else, then Commerce might treat that much different.”

Like Loading...
‹ Greece’s Biggest Company Quits Country
Climate war looms over US coal exports to China: There is a Glut of Coal and Natural Gas in the U.S. ›