Democrat/Republican divide is worst it’s ever been 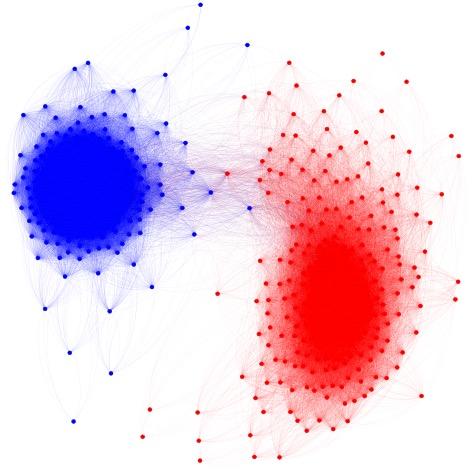 Party polarization is even worse than most people think, according to a new Michigan State University study.

And neither party can shoulder the blame, as it doesn’t matter which party is in charge, said Zachary Neal, associate professor of psychology and global urban studies.

“What I’ve found is that polarization has been steadily getting worse since the early 1970s,” he said. “Today, we’ve hit the ceiling on polarization. At these levels, it will be difficult to make any progress on social or economic policies.”

In one of the first studies to address polarization not only in terms of who works together, but also who doesn’t, Neal analyzed publicly available data on who sponsors bills in Congress from 1973 to 2016. He specifically looked at how often politicians from both sides of the aisle co-sponsor legislation.

Published in the journal Social Networks, the study found although thousands of bills are introduced each year, the average representative or senator co-sponsors only about 200. And when they decide with whom to co-sponsor bills, they view nearly half of their colleagues as “the opposition.”

While it’s hard to imagine incivility among Democrats and Republicans getting worse, it likely will, Neal said, especially if one party barely holds the majority.

The Affordable Care Act is an example, Neal said. The Democrats held a slim majority — just enough to get the bill passed. Then the Republicans took control, again with a slim majority, and tried to repeal it.

“We’re seeing lots of animosity in politics,” he said. “Although bills do occasionally get passed, they don’t stick around long enough, or never get fully implemented, and therefore don’t have lasting impact. This kind of partisanship means that our democracy has reached a kind of stalemate.”

So, what’s the solution?

It could be electing more centrists to Congress, Neal said. But that’ll be tough because centrists often don’t appeal to American voters, who are increasingly polarized too.

“This study raises new questions about the future of Congressional politics,” he said. “In truth, the only thing that is bi-partisan in Congress is the trend toward greater polarization.”