Home › Technology › How does the sun’s rotational cycle influence lightning activity on earth?

How does the sun’s rotational cycle influence lightning activity on earth?

Researchers use records from the 1700s to find the answer

Research Organization of Information and Systems 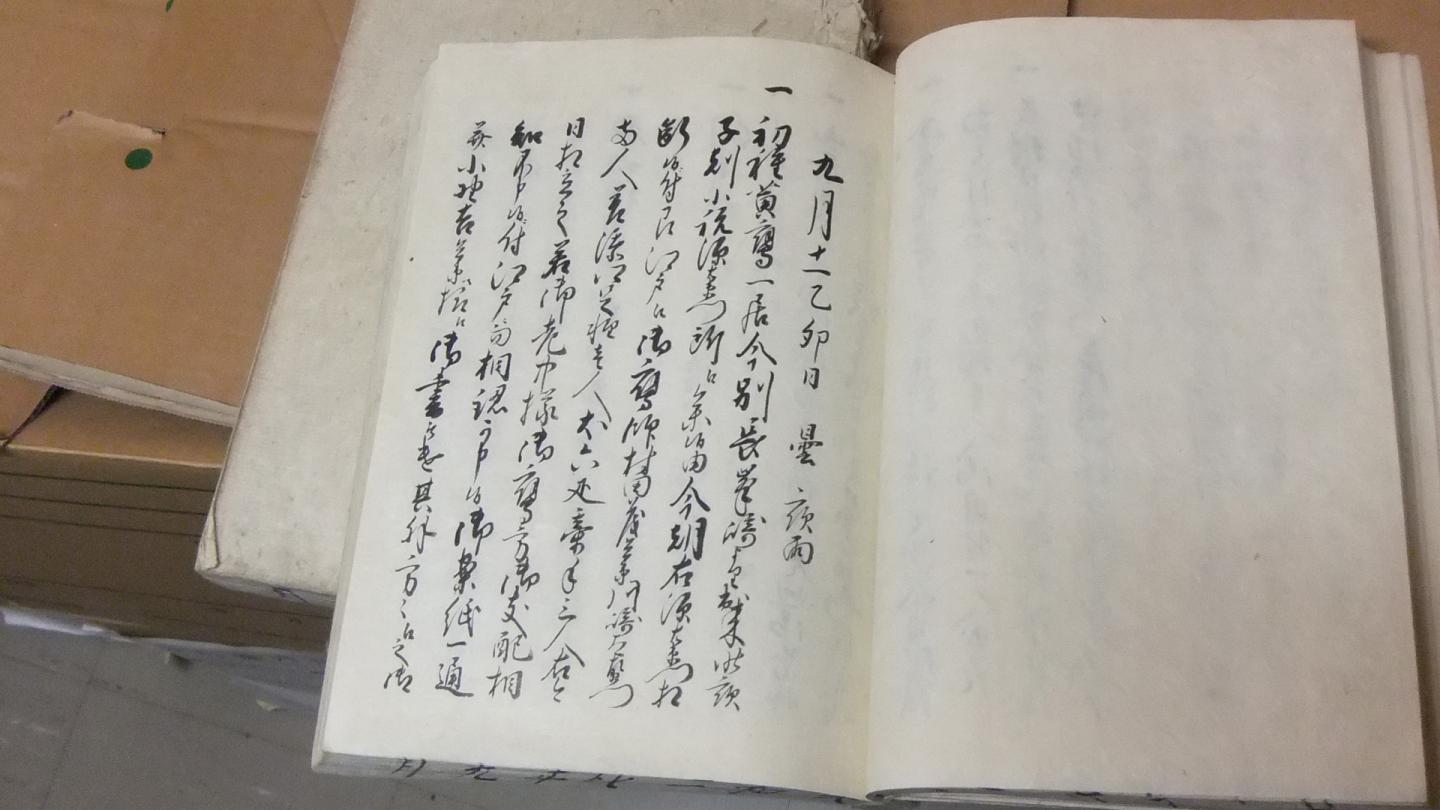 IMAGE: This is the original copy of the Diary of Hirosaki Clan Government Office preserved at the Hirosaki City Library.

A collaborative research team in Japan has taken the first steps to understanding how the sun’s rotational cycle influences lightning activity. They found answers in an unusual source–diaries dating back to the 1700s.

The research was published in the Annales Geophysicae, the open access peer-reviewed solar-terrestrial and planetary sciences journal of the European Geosciences Union on April 18th, 2018.

The team includes faculty members from several universities in Japan, as well as Ryuho Kataoka, an associate professor of the National Institute of Polar Research (NIPR). NIPR supports scientific research and observation of the polar regions and is associated with the Research Organization of Information and Systems (ROIS) in Japan.

“It is well known that long-term–centennial to millennial-scale–variations of solar activity influences terrestrial climate,” said Hiroko Miyahara, first author on the paper, and an associate professor of Humanities and Sciences/Museum Careers at Musashino Art University in Tokyo, Japan. “However, it is not well established whether the sun influences the daily or monthly weather.”

Miyahara points to the 27-day solar rotational period, which is the average time it takes for the sun to rotate on its axis. Since the sun consists of plasma, the equator rotates quicker than its poles. When areas of high activity, such as sunspots, face Earth, there’s an increase in ultraviolet rays and decrease in energetic particles showering the atmosphere.

Miyahara and her team set out to clarify if the 27-day cycle was reflected in meteorological phenomena, such as lightning activity on Earth. They turned to a set of diaries kept continuously for more than 150 years. A farm family in Hachioji (currently located in western part of Tokyo) kept the first diary called the, “Diary of Ishikawa Family,” while the other is the, “Diary of Hirosaki Clan Government Office,” a detailed log kept by a collective of civil servants from Hirosaki (currently located in the Aomori Prefecture) who were in residence in central Tokyo. The two locations are about 25 miles apart.

The researchers examined the records for mentions of thunder and lightning events between May and September, when the influence from the cold Siberian air mass is weak in Japan.

They found peaks of lightning and thunder activity every 24 to 31 days, the same time window it takes the sunspots to rotate completely. It’s a strong signal, especially when the yearly-average number of sunspots is high.

“The cyclic behavior of the sun is playing a very important role in the changes of weather in Japan,” Miyahara said, noting that the rhythm of lightning activity amplifies as the level of solar activity increases.

Next, the team plans to study the detailed mechanism of the solar influence on meteorological events and analyze how the impact of solar activity might propagate to Japan.

“Our ultimate goal is to include the influence of solar activity in the weather forecast,” Miyahara said. “It would improve the accuracy of the forecast, and it may even enable a longer-term weather forecast.”

This research was supported by the Japan Society for the Promotion of Science KAKENHI 15H05816, 25287051, the Center for the Promotion of Integrated Sciences of SOKENDAI (Graduate University for Advanced Studies), and the Project to Build an International Collaborative Research for Pre-modern Japanese Texts headed by the National Institute of Japanese Literature.

Other contributors are Takehiko Mikami and Junpei Hirano, both of whom are faculty members of liberal arts at Teikyo University, Japan; Masumi Zaiki, a faculty member of economics at Seikei University; Minoru Yoshimura, an emeritus member at the University of Yamanashi; Yasuyuki Aono of the Graduate School of Life and Environmental Sciences at Osaka Prefecture University; and Kiyomi Iwahashi of the Center for Collaborative Research on Pre-modern Texts at the National Institute of Japanese Literature.

About the Research Organization of Information and Systems (ROIS)

The coordination of these institutions, facilitated by ROIS, will contribute to opening new areas of research and performing integrated transdisciplinary research. This framework will allow a holistic approach to the complex issues of life, earth, environmental and social sciences, including the generation of large scale and heterogeneous data from observations, measurements and experiments, knowledge extraction from these data, discovery of scientific truths, technological advancements in database construction and implementation. We will also widely share with the community, the outcomes, resources and research platforms necessary for new frontiers of research.

Like Loading...
‹ Emotional robot lets you feel how it’s ‘feeling’
A dozen new moons of Jupiter discovered, including one ‘oddball’ ›