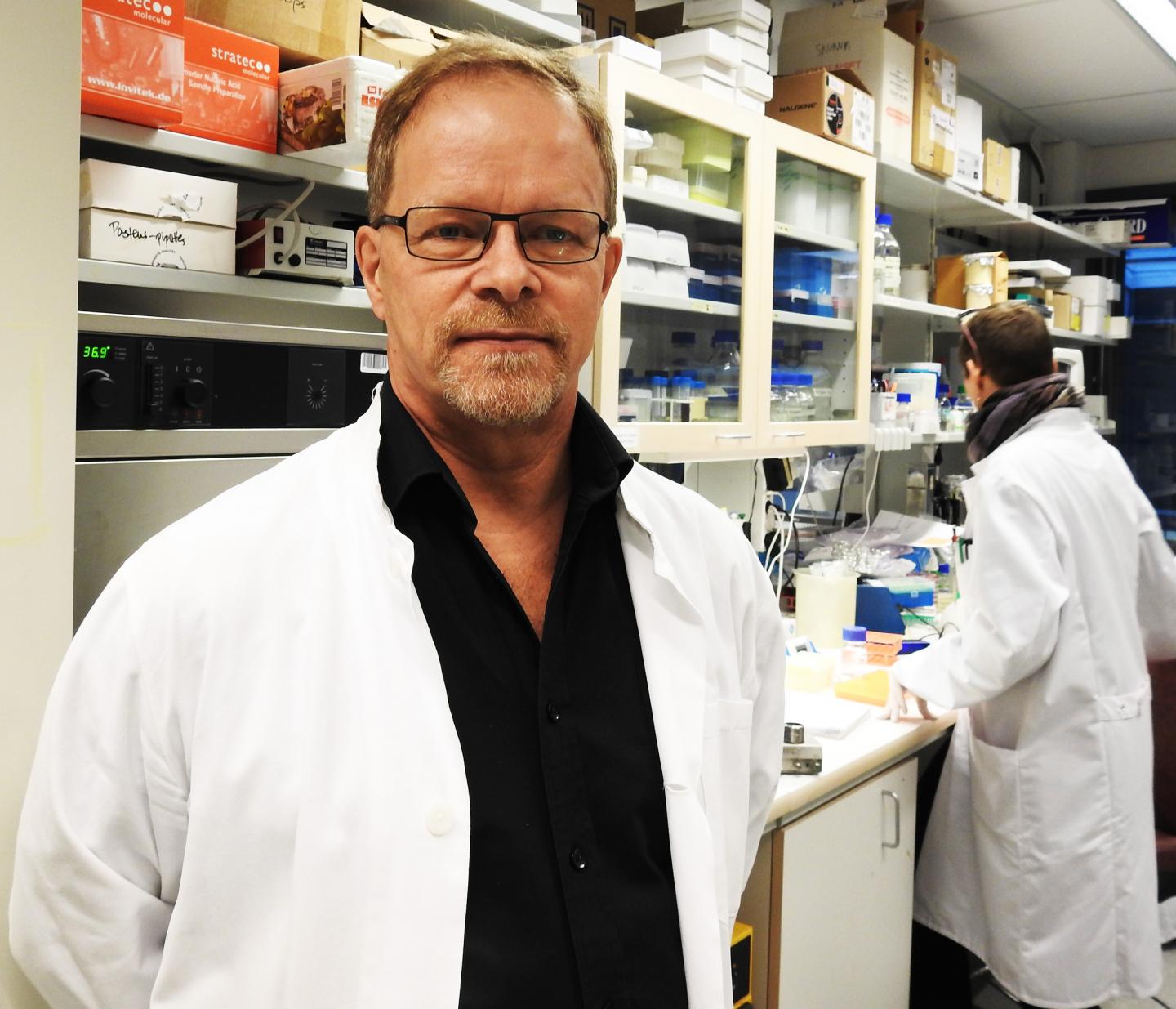 IMAGE: “Our study can serve as a model for the prevention of other, more serious foodborne infections through phage treatment, ” says Professor Mikael Skurnik.

Bacteria-killing viruses could be employed not just in health care, but also in the food industry, a study conducted at the University of Helsinki indicates.

Research focused on the utilisation of viruses that infect and kill bacteria, known as bacteriophages or phages, in preventing infectious diseases has gained new traction after bacterial resistance to antibiotics has become a global problem. Each individual bacteriophage only infects a handful of bacterial species or strains, which makes them veritable weapons of precision in the prevention of bacterial diseases.

Professor Mikael Skurnik from the University of Helsinki has studied bacteriophages and phage therapy for a long time. Now, in cooperation with researchers at the Seoul National University in South Korea, he has been investigating the possibility of utilising phages also in eradicating foodborne pathogens and preventing food poisoning.

The researchers focused on the Yersinia enterocolitica bacterium, by far the most common cause for yersiniosis. The disease is usually transmitted through raw or undercooked pork. Another source of infection, although a much rarer one, is milk. Humans can also be infected by kitchenware used in handling contaminated food.

Yersiniosis symptoms include fever, severe abdominal pain and diarrhoea, which may persist for up to three weeks. In some cases, yersiniosis may cause arthritis as a secondary disease, persisting potentially several weeks. Yersiniosis occurs all over the world.

PHAGE TREATMENT EFFECTIVE IN BOTH FOOD AND KITCHENWARE

Researchers identified four bacteriophages that infect the Y. enterocolitica bacterium. The most effective of this quartet proved to be the fHe-Yen9-01 phage. It was selected for the next stage of the study where its efficacy in decontaminating food and kitchenware contaminated by bacteria was investigated.

“We focused on those foodstuffs that most often transmit infections, as well as those kitchen utensils most often used to handle these foodstuffs,” explains Skurnik.

Everyday products available in grocery shops, such as raw and grilled pork, as well as milk, were inoculated with Y. enterocolitica. The contaminated food was then subjected to phage treatment, after which the number of both bacteria and phages was monitored for three days.

“Phage treatment was effective in inhibiting bacterial growth in food, while the number of phages in the food grew, indicating that phages infect bacteria and grow in them also when refrigerated,” says Skurnik.

Next, the researchers inoculated kitchen utensils, such as wooden and plastic cutting boards, knives and surgical gloves, with the bacteria and phages, after which the number of bacteria and phages in the utensils was monitored for two hours. In this case as well, the phages effectively inhibited bacterial growth.

To the best of Skurnik’s knowledge, corresponding studies on the application of phages in food treatment have not been conducted anywhere prior to this. Treating food with phages is not, however, an entirely novel idea: in the United States, a phage product already on the market is sprayed on raw food products to prevent Listeria bacteria growth.

“In Finland, there is no urgent need to prevent Yersinia infections, but our study can serve as a model for the prevention of other, more serious foodborne infections through phage treatment,” says Skurnik.

In the future, decontamination with phages may well be part of the routine in processing food.

“One option is a phage mixture effective against several bacteria, such as the Salmonella and Campylobacter species, as well as the most common food poisoning bacteria in the gut. This mixture could also be administered in a preventive manner to farm animals, for example mixed in their drinking water,” muses Skurnik.

Like Loading...
‹ Fake news ‘vaccine’: Online game may ‘inoculate’ by simulating propaganda tactics
Can your cardiac device be hacked? ›