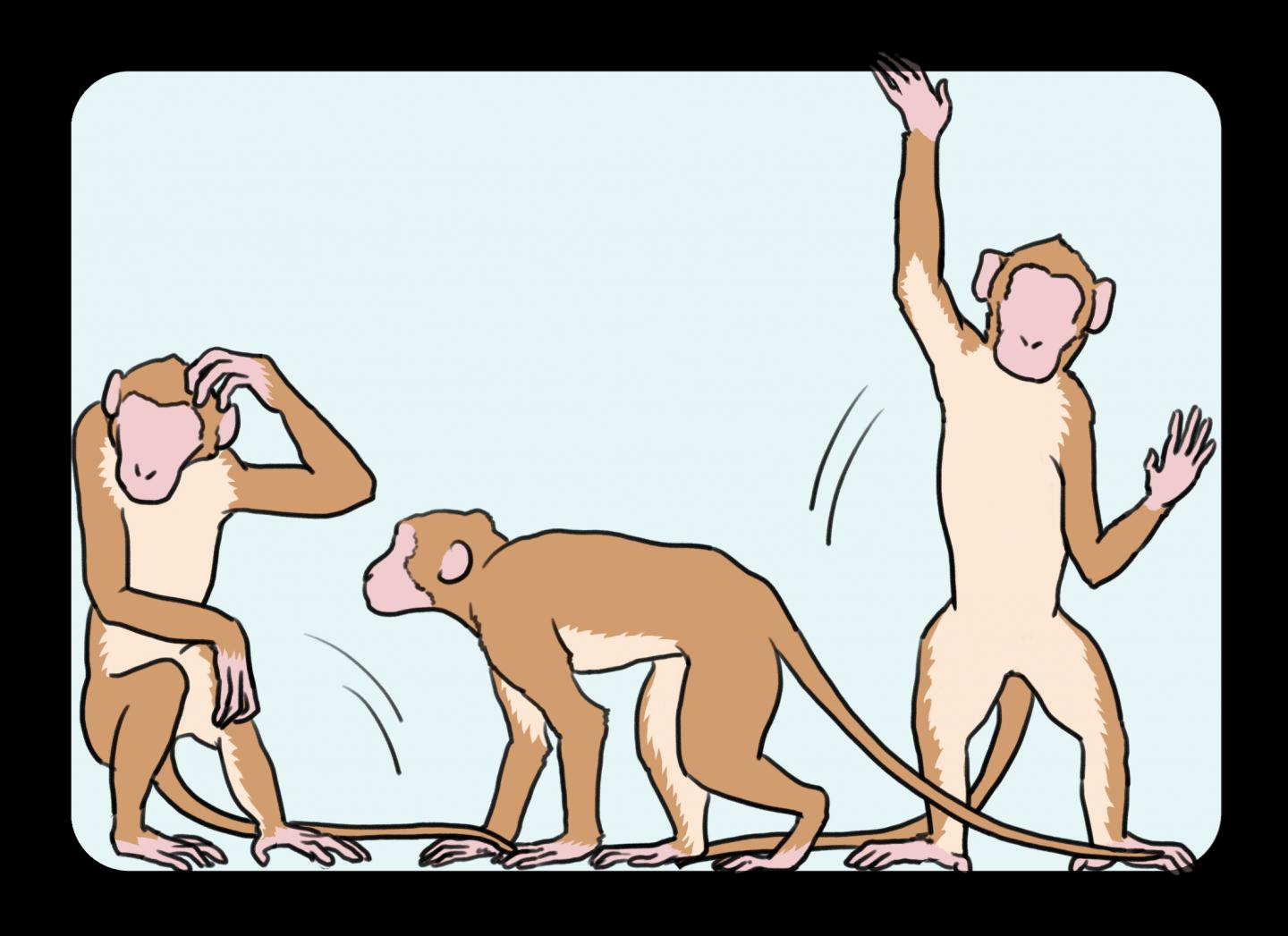 One of the last steps before treating patients with an experimental cell therapy for the brain is confirmation that the therapy works in monkeys. Today, scientists at the Center for iPS Cell Research and Application (CiRA), Kyoto University, Japan, report monkeys with Parkinson’s disease symptoms show significant improvement over two years after being transplanted neurons prepared from human iPS cells. The study, which can be read in Nature, is an expected final step before the first iPS cell-based therapy for neurodegenerative diseases.

Parkinson’s disease degenerates a specific type of cells in the brain known as dopaminergic (DA) neurons. It has been reported that when symptoms are first detected, a patient will have already lost more than half of his or her DA neurons. Several studies have shown the transplantation of DA neurons made from fetal cells can mitigate the disease. The use of fetal tissues is controversial, however. On the other hand, iPS cells can be made from blood or skin, which is why Professor Takahashi, who is also a neurosurgeon specializing in Parkinson’s disease, plans to use DA neurons made from iPS cells to treat patients.

To test the safety and effectiveness of DA neurons made from human iPS cells, Tetsuhiro Kikuchi, a neurosurgeon working in the Takahashi lab, transplanted the cells into the brains of monkeys.

“We made DA neurons from different iPS cells lines. Some were made with iPS cells from healthy donors. Others were made from Parkinson’s disease patients,” said Kikuchi, who added that the differentiation method used to convert iPS cells into neurons is suitable for clinical trials.

It is generally assumed that the outcome of a cell therapy will depend on the number of transplanted cells that survive, but Kikuchi found this was not the case. More important than the number of cells was the quality of the cells.

“Each animal received cells prepared from a different iPS cell donor. We found the quality of donor cells had a large effect on the DA neuron survival,” Kikuchi said.

To understand why, he looked for genes that showed different expression levels, finding 11 genes that could mark the quality of the progenitors. One of those genes was Dlk1.

“Dlk1 is one of the predictive markers of cell quality for DA neurons made from embryonic stem cells and transplanted into rat. We found Dlk1 in DA neurons transplanted into monkey. We are investigating Dlk1 to evaluate the quality of the cells for clinical applications.”

Another feature of the study that is expected to extend to clinical study is the method used to evaluate cell survival in the host brains. The study demonstrated that magnetic resonance imaging (MRI) and position electron tomography (PET) are options for evaluating the patient post surgery.

“MRI and PET are non-invasive imaging modalities. Following cell transplantation, we must regularly observe the patient. A non-invasive method is preferred,” said Takahashi.

The group is hopeful that it can begin recruiting patients for this iPS cell-based therapy before the end of next year. “This study is our answer to bring iPS cells to clinical settings,” said Takahashi.

In a related study, the same group reports a strategy that improves the survival of the transplanted cells in monkeys. For a transplantation to succeed, the donor and patient must have matching human leukocyte antigens (HLA) to prevent tissue rejection. The equivalent to HLA in monkeys is MHC, or major histocompatibility complex. This study, which can be read in Nature Communications, shows that dopamine neurons derived from MHC-matched monkey iPS cells stimulate far less neuroinflammation when transplanted into monkey brains than did dopamine neurons derived from MHC-unmatched monkey iPS cells. While this difference did not completely eliminate the need for immunosuppressants, it did lower the dosage so as to reduce the risk of infection. The findings suggest HLA matching for iPS cell therapies will improve outcomes in patients with neurodegenerative diseases.

“The combination of MHC-matching and immunosuppression will reduce the dose and duration of the immunosuppresive drug and be the best strategy for the transplantation,” said neurosurgeon and CiRA Assistant Professor Asuka Morizane.

Like Loading...
‹ Vitamin C Hydrocortisone Thiamine Combo A Breakthrough for Septic Shock and Sepsis
Research on the meaning of ancient geometric earthworks in southwestern Amazonia ›