Affordable water in the US: A burgeoning crisis 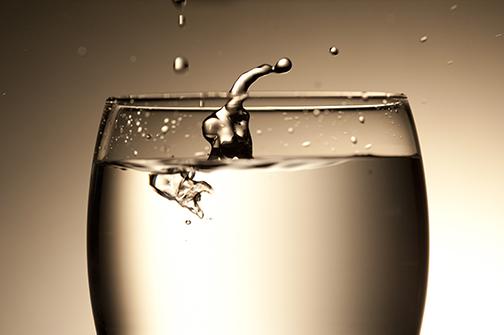 IMAGE: “In cities across the United States, water affordability is becoming an increasingly critical issue, ” said Michigan State University researcher Elizabeth Mack of her study in PLOS ONE. view more

Elizabeth Mack said a variety of factors, ranging from aging infrastructure to climate change to population decline in urban areas, are making residents’ ability to afford water and wastewater services a burgeoning crisis. Published online Jan. 11 in the journal PLOS ONE, her study is one of the first nationwide investigations of water affordability.

“In cities across the United States, water affordability is becoming an increasingly critical issue,” said Mack, an assistant geography professor who analyzed water consumption, pricing and demographic and socioeconomic data for the study.

Spending on water and wastewater services combined should make up no more than 4.5 percent of household income, the Environmental Protection Agency recommends. Based on that criteria, some 13.8 million U.S. households (or 11.9 percent of all households) may find water bills unaffordable – a hardship that hits poor families particularly hard, Mack said.

Water rates have increased 41 percent since 2010, and if they continue at that pace over the next five years the number of households that cannot afford water and wastewater services could soar to an estimated 40.9 million, or 35.6 percent of all households.

One driving factor is aging infrastructure. Experts say it will cost more than $1 trillion to replace World War II-era water systems over the next 25 years. Another pressure is climate change, as more intense weather events fuel a need for improvements to wastewater facilities. Making such adaptations will cost the United States more than $36 billion by 2050, according to estimates.

Further, shrinking populations in major cities such as Detroit and Philadelphia means fewer people to pay for the large fixed cost of water service. Some 227,000 customers in Philadelphia, or 4 out of 10 water accounts, are past due, while 50,000 delinquent customers in Detroit have had their water service terminated since the start of 2014, the study says. Households in Atlanta and Seattle are paying more than $300 a month for water and wastewater services (based on a family of four).

Ultimately, the study says, governments, utilities and consumers will need to work together to solve the growing affordability problem.

“Water is a fundamental right for all humans,” Mack said. “However, a growing number of people in the United States and globally face daily barriers to accessing clean, affordable water.”

“The hope is that enhanced awareness of this issue in the developed world will highlight the severity of the issue, which is not isolated to people in the developing world,” Mack said.

Co-authoring the study was Sarah Wrase, an MSU honors student in accounting.

Evaluating impacts of COVID-19 lockdowns on children and young people