An outbreak of plague even more vicious than the bubonic strain dubbed the black death has killed 39 people in Madagascar, the government said on Thursday.

A government doctor said 90 per cent of the cases were pneumonic plague, a strain much more vicious than the common bubonic plague that can kill within three days, leaving little time for antibiotics to work. 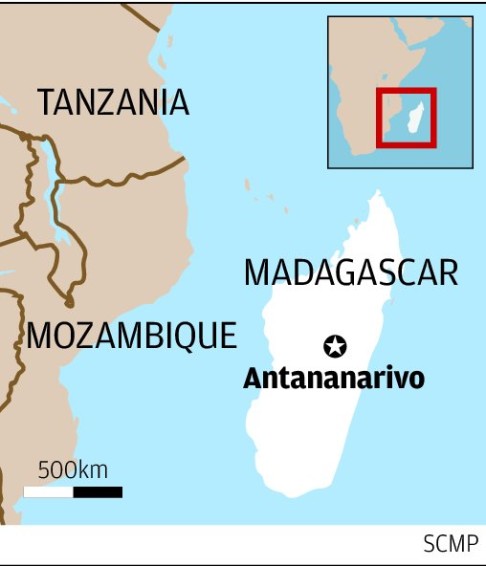 Authorities urged anyone suffering fever and headaches to consult a health practitioner, saying drugs to treat the plague were available free of charge.

“There is an epidemic in Madagascar which is currently affecting five districts (out of 112). Eighty-six people have been inflicted by the plague, of which 39 have died,” the health ministry said in a statement.

The first person died before November, but government only officially declared the existence of a plague on November 23.

The outbreak has been blamed on an infestation of rats in residential areas due to uncontrolled deforestation.

The plague is an ancient evil that has claimed hundreds of millions of lives over the millennia, and still causes outbreaks today, despite the effectiveness of antibiotics

Pneumonic plague is rarer but far more vicious than the bubonic kind, as it gives little time for antibiotics to act.

The plague bacterium gets transmitted into the lungs, carried in the droplets that are breathed in.

The World Health Organisation says pneumonic plague “is one of the most deadly infectious diseases” with a mortality rate that “is always very high”.

According to the government doctor, who cannot be named because he does not have clearance to speak to the media, the first case was registered in a village in the remote region of Mandritsara.

Teams have been put in place with the help of the World Health Organisation and the international public health research foundation Institut Pasteur to handle the epidemic.

The outbreak comes a week ahead of a presidential run-off election in the Indian Ocean island aimed at ending a four-year political and economic crisis.

Jean Claude Rabemanantsoa, head of the forestry department, said Madagascans traditionally burned bushes as a form of political protest or to vent their anger against authorities.

“This year there is an increase in bushfires in Madagascar,” he said.

“We are in an electoral period right now. In Madagascar, bush fires are used as a way of expression during political crisis.”

There is also a superstition that smoke triggers rains in Madagascar.

“The drought this year has also encouraged bushfires. There are people who believe that if they burn the vegetation, it creates smoke and brings the rain,” said Rabemanantsoa.

There have been three plague pandemics since the Middle Ages, inflicting an estimated death toll of 200 million people. In the 14th century, the disease wiped out an estimated third of Europe’s population.

Modern sanitation and the advent of antibiotics have mistakenly led many to believe that the plague is a disease of the past.

In fact, a number of people, albeit relatively small, die from the disease in poorer countries each year and doctors are worried at the rise of several antibiotic-resistant strains of the bacterium.

Like Loading...
‹ You can STILL be jailed for being a republican, government confirms, and it remains illegal to even ‘imagine’ overthrowing the Queen
Teenager who was paralyzed when his drunk driving friend killed four pedestrians is suing the driver’s ‘affluent’ ( Being Rich is a new Legal Defense ) family for $20m as doctors never expect him to recover ›

When and why did human brains decrease in size 3,000 years ago? New study may have found clues within ants