China’s defence ministry on Thursday hit back forcefully at Japan’s objections to its newly-established Air Defence Identification Zone (ADIZ) in the East China Sea that covers long-disputed islets claimed by both countries.

“We would like to ask Japan to revoke its own ADIZ first, China will then consider this request in 44 years,” Yang Yujun reportedly said when asked to comment on requests from Japan and the US to revoke the zone. Japan established its ADIZ 44 years ago in 1969.

Tensions between China and Japan, the world’s second and third largest economies, have escalated over the past week after China set up its first ADIZ on Saturday in the East China Sea in an area covering Tokyo-administered islands. 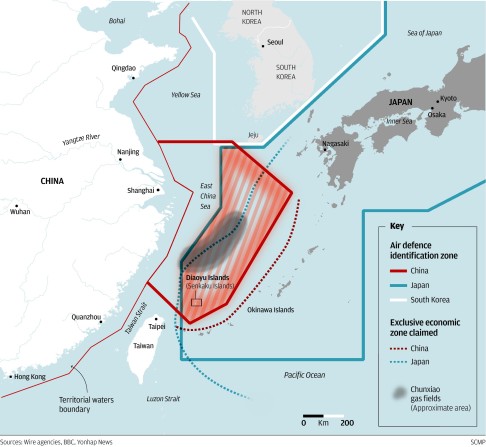 The Chinese ADIZ requires all aircrafts flying inside the zone to inform China of their flight plans and to maintain two-way radio communication.

Like Loading...
‹ No more elite training classes for ‘smart’ kids? Chinese tiger parents are not impressed
Is it OK to torture or murder a robot? ›