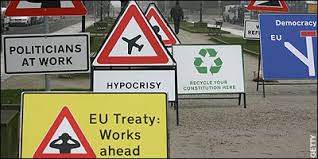 Czech President Miloš Zeman has criticized the EU for what he sees as the organization’s excessive desire “to regulate everything.”

“The dear EU does not decide what kind of light bulbs I use in my house,” Zeman told Vienna’s Profil weekly in reference to EU’s directive to phase out the use of incandescent light bulbs, and added:

“I put an energy saving light bulb and my house was like a morgue.”

According to the Czech leader, the EU should also refrain from regulating “smokers and alcohol.”

“Before, my favorite drink was Becherovka – until the EU increased the sugar content for liqueurs in its guidelines. Ever since I drink only Slivovitz,” Zeman explained.

He announced that his country would adopt the euro soon, and also veto financial assistance to Greece and Cyprus.

“I cannot imagine that the Czech minister of finance would accept the aid to Cyprus and Greece,” Zeman was quoted as saying.

Commenting on his position on the ethnic (Sudeten) Germans, first voiced in 2002, the Czech president said that their expulsion from his country after the Second World War was more lenient than the death penalty they would have faced for committing the crime of treason