Home › Hmmm? › Serbian village in panic after mayor warns of vampire on the loose

Residents of the western Serbian village of Zarozje reportedly received a unique public health warning recently, when the town’s mayor cautioned that a vampire was on the loose. That is not a joke, and the people of Zarozje are taking heed and stocking up on garlic bulbs and crosses. Here, a brief guide to this bizarre tale:

Who is this supposed vampire? 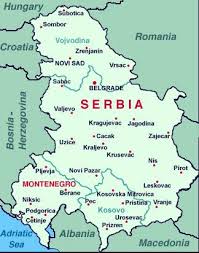 His name is Sava Savanovic. Local legend has it that long ago, he lived in an old water mill on the village’s Rogacica River. He reportedly preyed on unsuspecting visitors who stopped by the mill in search of grain. The water mill was privately owned by a local family who, because of the vampire lore, was afraid to use it for fear of disturbing Savanovic. The structure eventually rotted and recently collapsed, leaving the vampire homeless and, according to locals, angry and in search of a new home and new blood.

And people actually believe this?

Yes. Zarozje Mayor Miodrag Vujetic is so convinced of the legend’s merit that he released an official warning after the mill collapsed, suggesting that everyone stock up on garlic to be placed on their doors and windows and to ensure crosses are visible throughout the house. “People are worried, everybody knows the legend of this vampire,” Vujetic says. “We are all frightened.”

Where did this legend come from?

Vampire tales have circulated in Eastern Europe since the early 1700s. Serbia alone has a number of infamous vampires in addition to Savonovic. Many feature prominently in the country’s literature and legends. Hundreds of years ago, these myths were likely created by people hoping to explain death, decomposition, and other morbid, puzzling phenomena before science could.

According to UCLA historian Paul Barber, 18th century Eastern Europeans “simply filled the gaps in their knowledge about the process of decomposition with folktales that could explain” the curiosities they discovered when bodies were exhumed, like blood around the corpse’s mouth, nose, or ears, which we now know is a natural occurrence. And for better or worse, many of these vampire myths persist today.