Home › All Posts › Societal › Why some people resist authority

Why some people resist authority 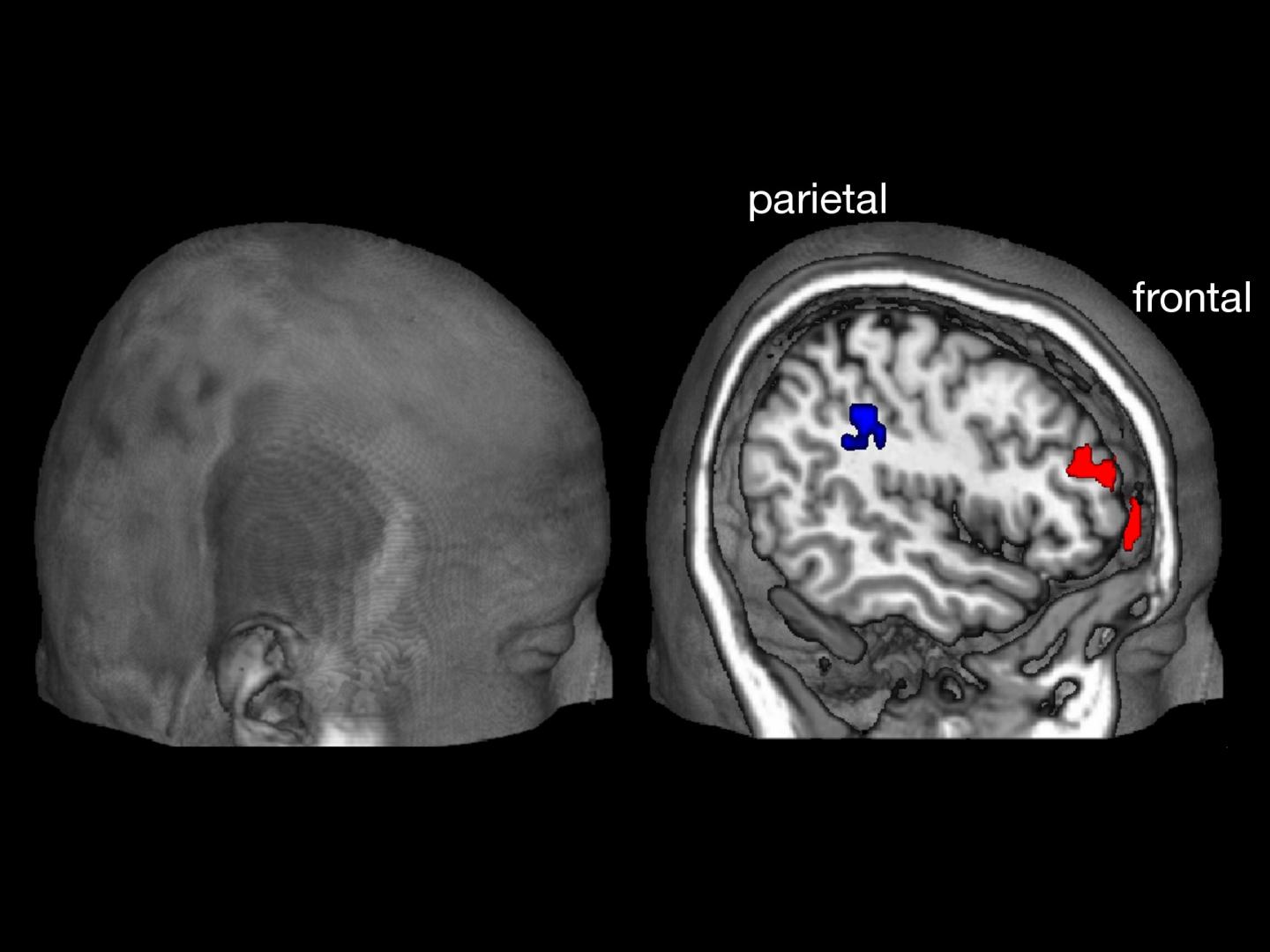 The urge to rebel against control over one’s decisions is associated with the connectivity between parietal and frontal brain regions (shown in color). The stronger the synchronous activation was in these regions, the more likely were the participants to show defiant behavior

Control aversion — the urge to rebel against control over one’s decisions — can be explained by connectivity between two regions of the brain as well as behavioral measures of distrust and lack of understanding, according to a study of university students published in JNeurosci.

Individual differences in control aversion are well-documented and can interfere with important decisions, such as whether or not to vaccinate a child. To understand what drives these differences, Sarah Rudorf, Daria Knoch, and colleagues had participants play a game in which they divided money between themselves and another player, who could decide to restrict the participant’s choice by asking for a minimum amount. Participants were informed that they would be compensated based on a randomly selected trial.

Connectivity between the parietal lobule and dorsolateral prefrontal cortex predicted the average difference in the chosen allocation level between the free choice and controlled conditions. Control aversion was also predicted by participants’ reported feelings about the other player’s trust in them and understanding of the other player’s request for a minimum amount of money. By combining a social decision-making task with real consequences, this neuroimaging research provides new insight into the influence of choice restriction on personal decisions.

JNeurosci, the Society for Neuroscience’s first journal, was launched in 1981 as a means to communicate the findings of the highest quality neuroscience research to the growing field. Today, the journal remains committed to publishing cutting-edge neuroscience that will have an immediate and lasting scientific impact, while responding to authors’ changing publishing needs, representing breadth of the field and diversity in authorship.

About The Society for Neuroscience

The Society for Neuroscience is the world’s largest organization of scientists and physicians devoted to understanding the brain and nervous system. The nonprofit organization, founded in 1969, now has nearly 37,000 members in more than 90 countries and over 130 chapters worldwide.