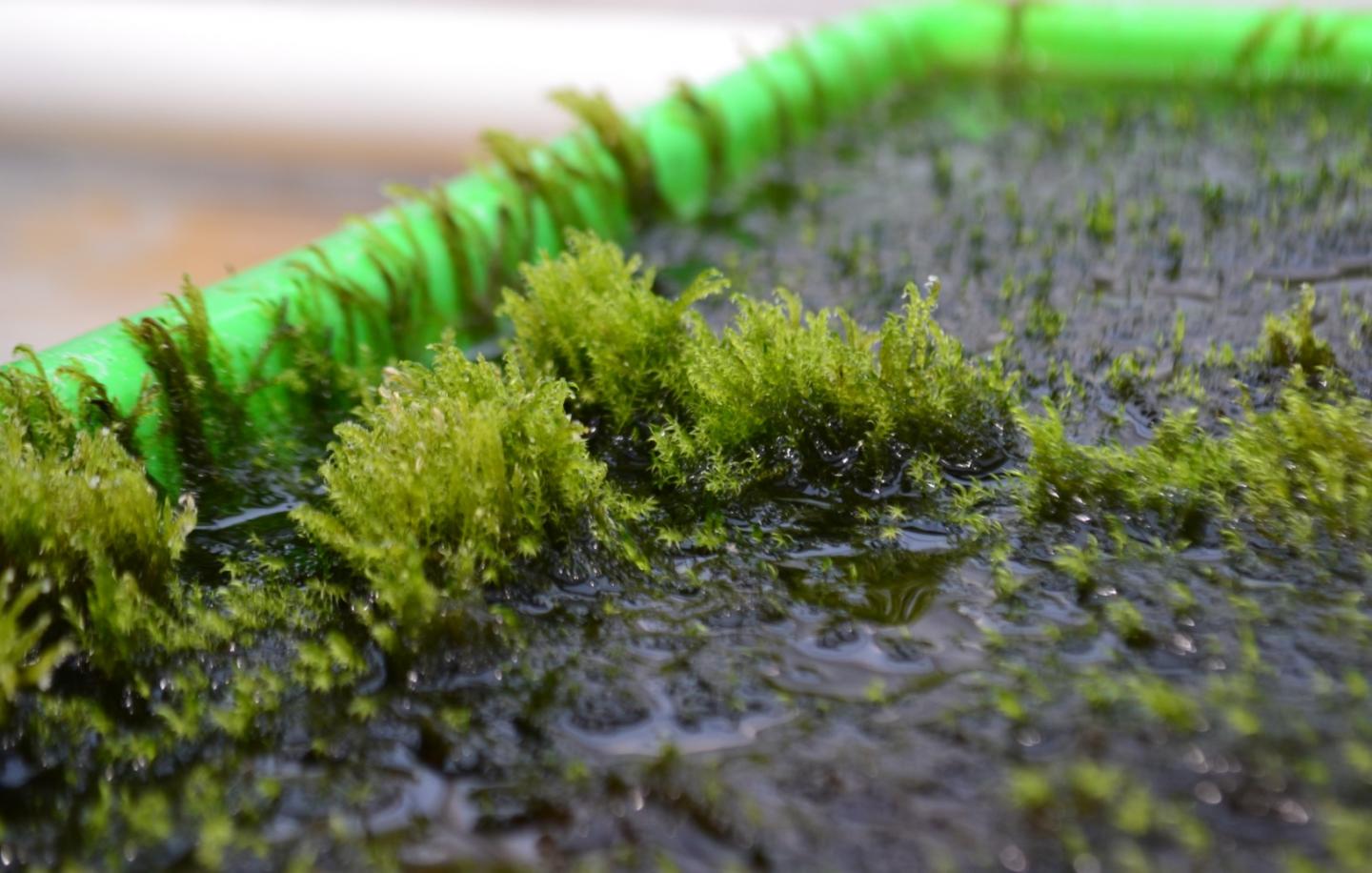 IMAGE: This is aquatic moss in Stockholm University greenhouse.

A moss capable of removing arsenic from contaminated water has been discovered by researchers from Stockholm University. And it happens quickly – in just one hour, the arsenic level is so low that the water is no longer harmful for people to drink. The study has been published in the journal Environmental Pollution.

The aquatic moss Warnstofia fluitans, which grows in northern Sweden, has the ability to quickly absorb and adsorb arsenic from water. The discovery allows for an environmentally friendly way to purify water of arsenic. One possible scenario is to grow the moss in streams and other watercourses with high levels of arsenic.

In the northern part of Sweden, water from mining areas is often contaminated by arsenic.

“We hope that the plant-based wetland system that we are developing will solve the arsenic problem in Sweden’s northern mining areas,” says Maria Greger, associate professor at the Department of Ecology, Environment and Plant Sciences at Stockholm University and leader of the research group.

“Our experiments show that the moss has a very high capacity to remove arsenic. It takes no more than an hour to remove 80 per cent of the arsenic from a container of water. By then, the water has reached such a low level of arsenic that it is no longer harmful to people,” says research assistant Arifin Sandhi, who has conducted the experiments.

In 2004, the use of arsenic compounds in wood products was banned, but arsenic still reaches ground and water systems due to mining. This happens because the ground and bedrock in certain parts of Sweden naturally contain arsenic. As a result, the drinking water and water used for the irrigation of crops also contains elevated levels of arsenic. The plants absorb the arsenic from the soil, and it eventually ends up in the food that we eat. In Sweden, this applies to wheat, root vegetables, leafy greens, etc. In other countries, there are high levels in rice, for example.

“How much arsenic we consume ultimately depends on how much of these foods we eat, as well as how and where they were grown. Our aim is that the plant-based wetland system we are developing will filter out the arsenic before the water becomes drinking water and irrigation water. That way, the arsenic will not make it into our food,” says Maria Greger.

Like Loading...
‹ Wine Polyphenols could fend off bacteria that cause cavities and gum disease
Post-surgical opioids can, paradoxically, lead to chronic pain ›