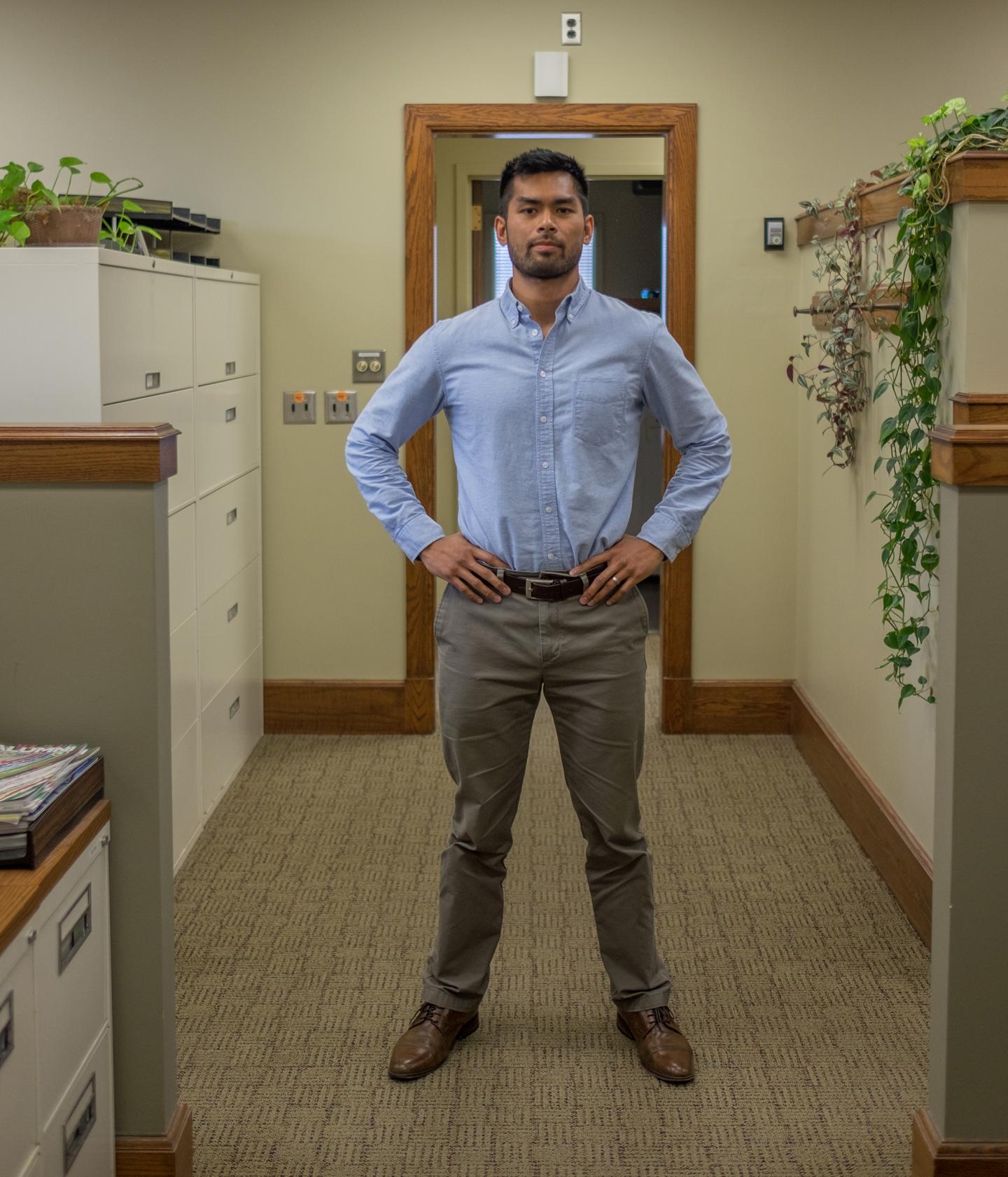 Can holding a power pose, such as standing with your legs wide and hands on hips, improve your life? A raft of new research spearheaded by a Michigan State University scholar suggests the answer is overwhelmingly no.

EAST LANSING, Mich. – The claim that holding a “power pose” can improve your life became wildly popular several years ago, fueling the second most-watched TED talk ever but also casting doubts about the science behind the assertion.

Now comes the most definitive evidence to date – a wave of scientific studies spearheaded by a Michigan State University researcher – suggesting that power poses do not improve your life.

“This new evidence joins an existing body of research questioning the claim by power pose advocates that making your body more physically expansive – such as standing with your legs spread and your hands on your hips – can actually make you more likely to succeed in life,” said Joseph Cesario, MSU associate professor of psychology.

Cesario co-edits a scientific journal, Comprehensive Results in Social Psychology, that recently published seven studies, all of which attempted – unsuccessfully – to replicate and extend the effects of power pose research. In other words, none of the studies showed positive effects of power poses on any behavioral measure, such as how well you perform in a job interview. The studies were even reviewed by Dana Carney, a University of California Berkeley professor who was one of the authors of the original power pose research.

In addition, Cesario and MSU graduate student David Johnson recently published four new studies testing whether holding power poses impacted important behaviors such as how well you do in a business negotiation. The work, published in the journal Social Psychological and Personality Science, again found no evidence that making yourself expansive mattered at all.

“There is currently little reason to continue to strongly believe,” Cesario said, “that holding these expansive poses will meaningfully affect people’s lives, especially the lives of the low-status or powerless people.”

Led by Carney and Amy Cuddy from Harvard University, the original power pose study, in 2010, suggested that holding such poses can make you more likely to succeed in life, especially if you are “chronically powerless because of lack of resources, low hierarchical rank or membership in a low-power social group.”

Cuddy’s June 2012 TED talk, now with more than 42 million views, argued that “power posing” – or standing in a posture of confidence, even when we don’t feel confident – will boost feelings of confidence and will have an impact on one’s chances for success, such as in a job interview.

When you’re alone before the interview, Cuddy recommends, hold a power pose for two minutes – whether that’s standing with hands on hips, leaning over a table with your fingertips on the surface, or perhaps seated with your feet on the table and your arms folded behind your head.

“Share [this science] with people, because the people who can use it the most are the ones with no resources and no technology and no status and no power,” Cuddy concludes the TED talk. “Give it to them because they can do it in private. They need their bodies, privacy and two minutes, and it can significantly change the outcomes of their life.”

But the new research stands in stark contrast to Cuddy’s claim. Cesario’s research and the findings from the journal he co-edits do find that holding power poses makes people feel more powerful, but that’s where the effect ends.

“Feeling powerful may feel good, but on its own does not translate into powerful or effective behaviors,” Cesario said. “These new studies, with more total participants than nearly every other study on the topic, show – unequivocally – that power poses have no effects on any behavioral or cognitive measure.”

In several of the experiments by MSU’s Cesario and Johnson, for example, participants watched Cuddy’s TED talk, held a power pose and then completed a negotiation task with another participant. The participants who held the power poses did no better than their partners.

In addition, the seven studies that appear in a special issue of Comprehensive Results in Social Psychology also fail to replicate the power pose effects.

“Based on the papers in the special issue, and prior replication attempts, one could conclude that the power pose effect on behavioral outcomes does not replicate,” the researchers, including Cesario and Dana Carney, write in the journal.

Carney puts it even more bluntly in a previously posted statement on her website: “As evidence has come in over these past 2-plus years, my views have updated to reflect the evidence. As such, I do not believe that power pose effects are real.”