China creates air defence zone over Japan-controlled islands as of 10.00am Saturday

Aircraft in the zone are expected to provide their flight plan, clearly mark their nationality, and maintain radio communication with Chinese authorities

A view from a Chinese surveillance aircraft shows the disputed Diaoyu Islands claimed by China and Japan. Photos: Reuters

Beijing on Saturday announced it was setting up an “air defence identification zone” over an area that includes islands controlled by Japan but claimed by China, in a move that could inflame the bitter territorial row.

Along with the creation of the zone in the East China Sea, the defence ministry released a set of aircraft identification rules that must be followed by all planes entering the area, under penalty of intervention by the military.

Aircraft are expected to provide their flight plan, clearly mark their nationality, and maintain two-way radio communication allowing them to “respond in a timely and accurate manner to the identification inquiries” from Chinese authorities. 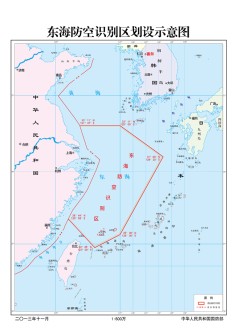 Map of the air defence zone published by the Ministry of Defence on Saturday. Photo: SCMP Pictues

The outline of the new zone, which is shown on the ministry website and a state media Twitter account, covers a wide area of the East China Sea between South Korea and Taiwan that includes the Tokyo-controlled islands known as the Senkaku to Japan and Diaoyou to China.

“China’s armed forces will adopt defensive emergency measures to respond to aircraft that do not cooperate in the identification or refuse to follow the instructions,” according to the ministry.

The zone became operational as of 10.00am Saturday.

Four Chinese coastguard boats briefly entered Senkaku waters on Friday, following multiple incursions at the end of October and start of November which revived tensions between Beijing and Tokyo.

Japanese Defence Minister Itsunori Onodera said in late October that the repeated incursions were a threat to peace and fell in a “grey zone’ [between] peacetime and an emergency situation”.