EEV: If you follow this article through the current post in the Telegraph, Guardian, and Independent. You will find different authors and pretty much the exact same article. All in the lead headline section of each paper. For a minor obscure  misinformed story, the placement, timing and coordination of its release in separate independent papers deserves notice. 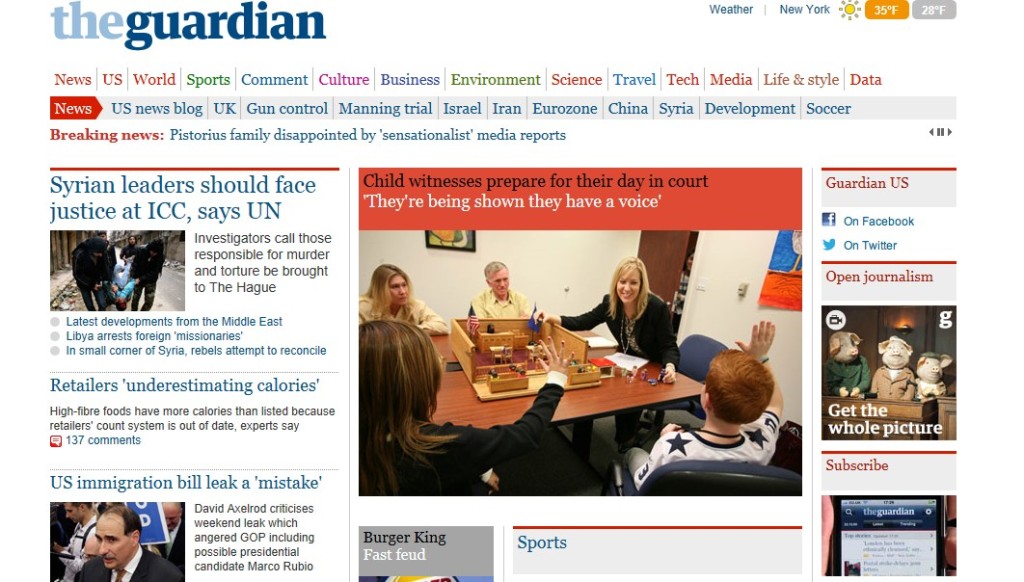 Dieters have been misled by the outdated system for assessing the calorie content of food for decades, according to research that could redefine how people attempt to lose weight.

People who eat high-fibre foods such as vegetables and muesli are consuming more calories than they think because the current food labels do not take into account the calories in fibre.

Meanwhile the system overestimates, by up to 20%, the content of some protein-rich foods such as tuna steak that can take more energy to digest than simple carbohydrates such as white bread.

The scientists behind the research also reveal that consumers could reduce their calorie intake by eating raw rather than cooked foods. They argue that the way calories are assigned to foods by manufacturers needs a significant overhaul because calories are currently both over and under estimated by up to 25%.

“There is a lot of misinformation around calories, and it is crucial for the consumer, whether they are on a diet or not, to have the correct information about what they eat,” said Professor Richard Wrangham, a primatologist at Harvard University.

He said the public was being given “erroneous information about the energy value of many foods”.

Wrangham convened a session to raise the issues around measurement of calories on Monday at the annual meeting in Boston of the American Association for the Advancement of Science (AAAS). He believes the current system produces mistakes in calorie counts in both directions.

Apart from underestimating the calorific value of fibre, the standard system also does not take into account the way foods are prepared and eaten.

The calorie contribution from raw and cooked versions of the same food are different for example, but that is not reflected on food packaging.

For more than a century, the energy value in foods has been calculated using the Atwater system. “Nutritionists calculate the calorie values of individual foods by applying calorie conversion factors to each gramme of protein, fat, and carbohydrate analysed in foods,” said British nutritionist Geoffrey Livesey, who also spoke on the AAAS panel.

In general terms, this system means that a gramme of protein or carbohydrate provides four calories, while a gramme of fat provides nine calories. Food manufacturers work out how much protein, carbohydrates and fat there is in a food and multiply up using the Atwater factors to get the total calories.

“The Atwater Convention yields realistic values for foods that are highly digestible, such as white bread,” said Wrangham. But the system leaves out fibre – assuming that this component of food has no energy value to the body, he said.

Raw foods, he added, were also systematically less energy-producing than the same foods cooked, but regulators that collate data from relevant laboratories did not reflect these differences. “There are two basic reasons why raw foods provide less calories than cooked foods – they are less digestible and also the bits that can be digested cost more to break down. We are talking at least a difference of between 10% to 30%. So eating raw food is a good way to lose weight, but you need to be careful about it long-term and it would not be advisable in children.”

“The amount of calories of a particular food has implications not only to us as consumers because we like to be able to keep on top of the number of calories we’re taking on board but if you take somebody who has diabetes, where the number of calories they take on board is vital to their wellbeing, it’s very important. We are effectively reading information off the back of a pack which is incorrect. It’s very misleading.”

Catherine Collins, chief dietitian at the St George’s Hospital Medical School in London was unsure if large-scale changes to food labelling were necessary or practical.

“We can’t move to a situation where manufacturers can use evidence as to digestibility of their foods to determine whether it has the full calculable effect on our energy intake, as we are physiologically variant and it would be impossible to recommend, for example, a daily calorie goal based on this premise,” she said.

A Department of Health spokesperson said: “We want to help all consumers make healthier choices based on a range of nutritional information, including the energy content of food.

“The way we calculate energy for labelling purposes has been agreed at European level and is set out in EU legislation.

“The difficulties of implementing a change to the current system of calculating energy content would far outweigh the minor gains in accuracy from such a change and would offer little practical assistance to consumers.”

An apple a day might help keep bothersome menopause symptoms away